"Operation Hang Up" will include increased patrols and checkpoints targeting drivers using electronic devices while behind the wheel. 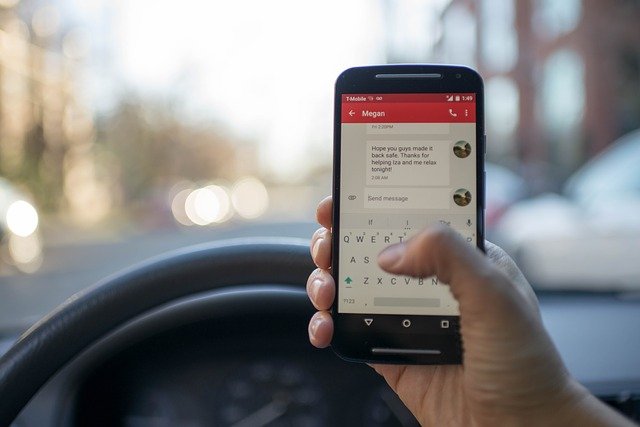 New York, NY - April 12, 2018 - New York State Police and local law enforcement will participate in a statewide crackdown on distracted driving as part of April’s National Distracted Driving Awareness Month. The enforcement effort, called Operation Hang Up, will include increased patrols and checkpoints targeting drivers using electronic devices while behind the wheel. This year’s enforcement detail will run from April 12 through April 16.
Preliminary data indicates a more than 1,100 percent increase in tickets for texting while driving in New York State from 2011 to 2017, including a 20 percent increase from 2016 to 2017. While hands-free technology in vehicles has resulted in a steady decline in the number of tickets issued for cell phone use, the increased use of smartphones has caused texting tickets to rise every year since 2011.
Troopers will be using both marked State Police vehicles and Concealed Identity Traffic Enforcement (CITE) vehicles as part of the operation in order to more easily identify motorists who are using handheld devices while driving. CITE vehicles allow the Trooper to better observe distracted driving violations. These vehicles blend in with every day traffic but are unmistakable as emergency vehicles once the emergency lighting is activated.
State Police Superintendent George P. Beach II said, “Motorists who disregard the law and the dangers of using a smartphone while driving could face stiff penalties. Our Troopers will be highly visible and vigilant in our enforcement efforts, as we seek to eliminate the tragedies caused by distracted driving.”
According to the National Highway Traffic Safety Administration, nationwide in 2016, 3,450 people were killed in crashes caused by distracted driving.  In addition, according to a study conducted by the Institute for Traffic Safety Management and Research, in 2015, 160 persons were killed and more than 33,000 persons were injured in crashes in New York that had “driver inattention/distraction” reported as a contributing factor.  The same report noted that 21 to 22 percent of police-reported fatal and personal injury crashes had “driver inattention/distraction” reported as a contributing factor each year.
Terri Egan, DMV Executive Deputy Commissioner and Acting Chair of the Governor’s Traffic Safety Committee, said, “Glancing at your phone, even for a second, can lead to tragedy. If you need to look at your phone, find a safe place to pull off the road. No message is worth someone’s life.”
Thruway Authority Acting Executive Director Matthew J. Driscoll said, “Distracted driving puts your life and the lives of all motorists in danger as well as our emergency responders and roadside workers. The Thruway Authority is proud to partner with State Police and other state agencies to promote awareness about this entirely preventable issue. We encourage all motorists to drive safely and use Text Stops and Service Areas as safe locations for calling, texting or using hand-held devices.”
Governor Andrew Cuomo announced the creation of Text Stops in September 2013, expanding upon the state’s efforts to reduce distracted driving by highlighting places for motorists to pull off the highway, park and use their mobile devices. Park-and-ride facilities, rest stops, and parking areas along state highways and the New York State Thruway serve a dual function as Texting Zones.
The newest Text Stop, located on the northbound Adirondack Northway (Interstate 87) between Exits 27 and 28 in the town of Schroon, Essex County, opened in October 2017.
State Department of Transportation Acting Commissioner Paul A. Karas said, “Distracted driving is similar to impaired driving, a hazard on our roadways and a hindrance to public safety across New York.  I urge motorists to keep their eyes on the road for their safety and the safety of others, and take advantage of the dozens of text stops lining our vast state highway system.”
The goal of the Operation Hang Up campaign is to enforce the law and raise awareness and deter distracted driving.
During the April 2017 Operation Hang Up campaign, State Police issued more than 16,000 tickets, including 2,116 tickets for distracted driving. The tickets written were a combination of talking on a cell phone without a hands free device, texting, or using an electronic device while driving.
Current New York State law includes the following penalties for distracted drivers:
The campaign is funded by the Governor’s Traffic Safety Committee. For more information, visit www.safeny.ny.gov. For more information on New York State's cell-phone and texting laws, go to www.dmv.ny.gov/cellphone.htm. For more information on distracted driving, visit www.distraction.gov.