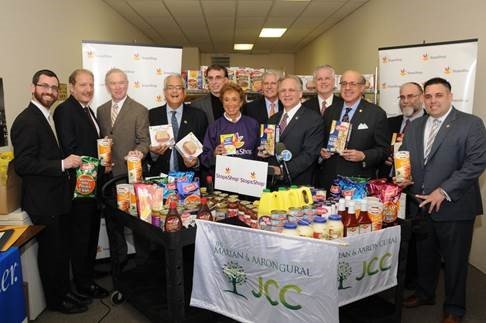 “On behalf of the community, I thank Stop & Shop for its generosity. This contribution will allow families in need to properly celebrate the Passover holiday,” said County Executive Mangano.

“It is important that caring corporate citizens like Stop & Shop continue to work closely with the County to support the efforts of Rina Shkolnik Kosher Food Pantry and all those who strengthen the social safety net that is needed to protect any Nassau resident in need.”

Established in 2005, the Shkolnik Kosher Food Pantry is the largest Kosher Food Pantry on Long Island. It began by helping 35 families, and now works with nearly 300 families from the Five Towns and neighboring communities in Nassau and Queens.

The pantry is a joint initiative of The Marion & Aaron Gural JCC and UJA-Federation of New York, and is supported by the Five Towns Community Chest, the Inwood Charities Fund, Long Island Cares and Long Island Harvest.