Since their introduction into the everyday curriculum at St. Mary's Middle School earlier this year, there's been a new level of excitement about learning among students and teachers alike. 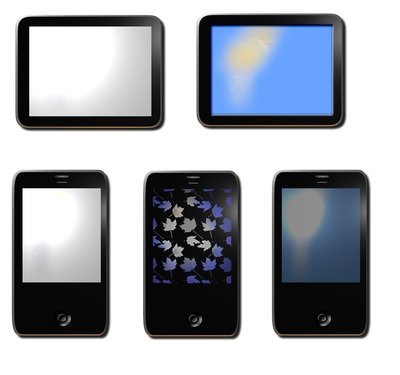 Since their introduction into the everyday curriculum at St. Mary’s Middle School earlier this year, there’s been a new level of excitement about learning among students and teachers alike. iPads—they’re integrated into learning at the school, and they’re making a big impact!

“We’re been known to be a technologically advanced campus,” school spokeswoman Eileen Symmons said. “St. Mary’s was among one of the first Catholic schools on Long Island to launch an iPad initiative.”

Two years ago, St. Mary’s High School began distributing iPads to its freshmen students, making it one of the first schools to implement iPad2 technology for an entire class level. Since then, the technology has found its way to the middle school.

Now, every seventh and eighth grade student at St. Mary’s, along with their teachers, receives a school-owned iPad containing over 50 educational applications, including digital versions of their textbooks.

“Everything we deal with in class happens somewhere in the world, and with an iPad, you can actually go to those places,” said Kevin O’Neill, a history teacher at St. Mary’s. “Right now, we’re reading firsthand accounts of the Great Depression, and when we studied the American Revolution, we were able to see different battle sites online.”

“It really helps me stay organized and makes it easier to study for trimesters,” said eighth grader Peter Fischetii, who will continue using St. Mary’s iPads when he moves on to the High School in the fall. “We’re always prepared.”

“We thought at first that it would decrease the students’ attention spans, but it’s actually made the students more excited to learn,” said English teacher Trudy Hoffman.

“The students are much more engaged in everything they do because they’ve grown up in this multimedia culture,” English and theology teacher Sarah de Venoge said. “They want to do everything on them.”

Teachers, who receive technology updates from Checchia as they become available, have become accustomed to sharing their methods of using iPads in class during faculty meetings.

“I have my own and got one from the school,” she said. “What I like to do is put them up side by side so I can put my rubric up on one and use the other as I need it for lessons or looking at their work, because I have the same apps on mine as they do.”

de Venoge said that one of the advantages of using the iPad is that she can update files of lesson plans and take them anywhere and that its greatest convenience may be that it has cut down on some of the more tedious aspects of a teacher’s life.

“It’s really made my life easier because I don’t have to make copies anymore,” she said.

With this kind of feedback, it’s hard to dismiss the benefits of integrating technology into classroom curriculum. Last November, we published an article about the benefits, challenges and controversy surrounding the use of smartphones, tablets and laptops in the classroom.

What’s your opinion about this highly-polarized issue? We’d like to know. Include your comments below or on our Long Island Living Discussion Forum.