The baseball season has started, and both the Yankees and Mets are looking towards a new season. 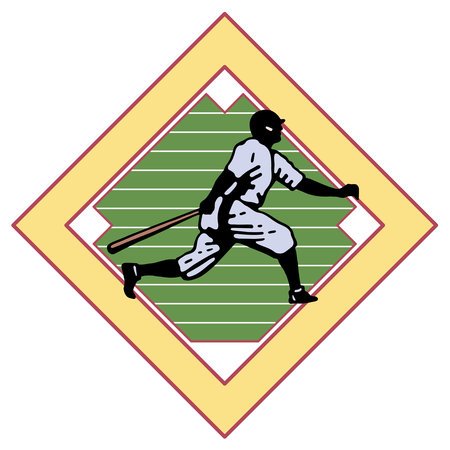 The calendar has finally turned to April and that spring weather seems to be right around the corner.

That means one thing; baseball is back. It’s time for opening day, and with it brings hope and a fresh start for the 32 Major League Baseball teams.

The first day of April marked the first games of the year for both the Yankees and Mets, but the two teams opened up their respective 2013 campaign in different fashions.

The Mets have opened up a 4-2 record, while the Yankees won the final game of each of its two series against the Red Sox and Tigers to start at 2-4. Both seasons are still very young, but the Yankees and Mets are two baseball teams that will have extremely interesting seasons.

The Yankees are one of the oldest teams in the Major Leagues, and already are feeling the downside of that age with the number of injuries hurting them early on. Derek Jeter, Mark Teixeira and Curtis Granderson are missing the first games of the season due to injury.

Granderson broke his hand when he was hit by a pitch back in spring training and is expected to be out until at least late April or early May. Jeter is still feeling the effects of the broken ankle he suffered at the end of last season, and the Yankees have pushed back his return for a few weeks now. General Manager Brian Cashman says that the Yankees are shooting for a May 1st return for the captain. Teixiera could be out until as late as June 1st, but as early as May 1st reports now say.

Until those three key pieces return to the Yankee lineup, it could be a struggle for them. Without them, there is no real threat in the lineup outside of Robinson Cano. Thus, the Yankees will rely heavily on its starting rotation and bullpen to keep them afloat while they wait for the core of the lineup to return.

The former Red Sox World Series Champion Kevin Youkilis is a Yankee this season, and will need to be a run producer for the first half of the season with the other guys out with injury. Through the first two series of the year, Youkilis is hitting .409 with one homerun and four runs batted in. He has been the Yankees best hitter, and will be a huge plus for the Yankees going forward if he can continue his hot start.

A good sign for the Yankees is the performances of its two left-handed starting pitchers, Andy Pettite and C.C Sabathia. Sabathia shut out the Tigers over seven innings on Sunday, while Pettite shut down the Red Sox earlier in the week.

Over in Queens, the Metropolitans are in a bit of a rebuilding phase. The ownership and the front office has been forced to cut a little bit of the payroll to make up for some poor investments, and will be relying on some youngsters this season. They did spend some money however, as they gave a contract extension to their franchise player David Wright, who will be the Mets staple for years to come.

The Mets received some unfortunate news in the last week regarding the highly-paid starting pitcher Johan Santana. Santana will have to undergo season-ending surgery that will force him to miss his second full season in three years.

Santana’s career could be all but over, but the Mets will go forward without him this season. They got two fantastic starts from their front-end starters, Jonathan Niese and Matt Harvey to win the first two games of the 2013 campaign.

Much like the Yankees, the Mets strength this season will have to be its pitching. Niese has been a formidable pitcher for the past two seasons and will now serve as the ace of the staff. The bright future of the Mets pitching staff starts with Matt Harvey, who will be in his first full major league season this year. Harvey impressed when he came up late last season, and will be the anchor of the Mets rotation for years to come.

The Mets future does look bright though when you think about some of the prospects they received for R.A Dickey, as well as Carlos Beltran a couple of years ago. For Beltran, the Mets got back Zack Wheeler, a very young right-hander who, along with Harvey, who could be called up from the minor leagues at some point this season.

John Buck, who the Mets got as part of a package for Cy Young winner R.A Dickey in the off-season, is off to a red hot start. Through the first six games, Buck is hitting .400 with two home runs and nine runs batted in. Buck has been a pleasant surprise for the Mets, who only got Buck as an extra piece in the Dickey trade.

The baseball season is still in its infancy stages, but between baseball and the warm weather, it brings excitement to the area. The boys of summer have returned and many Long Islanders, both Yankees and Mets fans, are excited for the season that lies ahead.