Schumer Announces That, After His Push, Administration Has Reversed Course On Proposed Medicare Cuts That Would Have Hurt Seniors

Administration’s Proposed Cuts To Medicare Advantage Would Have Hurt 1 Million NYers, Potentially Raising Premiums and Forcing Many Seniors To Switch Doctors and Plans. 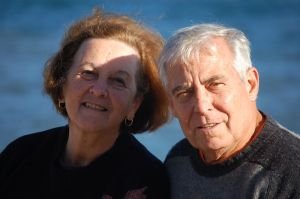 Washington, DC - April 9, 2014 - Today, U.S. Senator Charles E. Schumer announced that, after his push, the Administration has reversed course on proposed rate cuts to Medicare Advantage, preventing seniors from experiencing major disruptions in their healthcare plans. Schumer explained that the proposed rate cuts could have forced many New York seniors who rely on Medicare Advantage to switch doctors or plans. Schumer successfully led a bipartisan effort in the Senate to beat back these proposed cuts so New York’s seniors could continue to have choices in Medicare Advantage plans and take advantage of high-quality health care.
“In many parts of the country, including Upstate New York, Medicare Advantage works very well. Medicare has already shouldered its share of cuts, and this proposed cut would have caused disproportionate harm for New York seniors,” said Schumer. “We’re glad the Administration heeded our call and reversed the policy, which will give one million New York seniors who choose Medicare Advantage the peace of mind knowing that their health care plan will still be affordable.”
“While we are still evaluating the full impact of the final notice on Medicare Advantage – there is one thing we can say for certain: without the help, and tireless advocacy of Senator Charles Schumer, cuts to this program, and as a result cuts to services seniors depend on would have been far more drastic and damaging. Senator Schumer has been a vocal, and steadfast supporter on this issue from day one” said Don Ingalls, VP of State and Federal Relations at BlueCross BlueShield of Western New York.
Medicare Advantage is a type of Medicare health plan offered by a private company that contracts with the federal government to provide recipients with Medicare benefits. Medicare Advantage Plans include Health Maintenance Organizations, Preferred Provider Organizations, Private Fee-for-Service Plans, Special Needs Plans, and Medicare Medical Savings Account Plans. Most Medicare Advantage Plans offer prescription drug coverage.
CMS (Centers for Medicare and Medicaid Services) had proposed a major cut to federal reimbursement for Medicare Advantage plans, which would increase the costs for private insurers to cover seniors, and may have led to premium increases for seniors on those health care plans. Schumer led a bipartisan letter to CMS, signed by forty senators, that urged the Administration to maintain payment levels so that the potential disruption for seniors would be minimized.
After Schumer’s push, CMS announced Monday that the change in Medicare Advantage rates this year would be an increase of 0.4%, instead of the proposed cuts, which could have been up to 6%.
A copy of Schumer’s letter, signed by forty Senators, is below:
Dear Administrator Tavenner:
We write to raise serious concerns about the Medicare Advantage (MA) 2015 rate notice and the impact further cuts may have on the millions of individuals enrolled in the program.  We are strongly committed to preserving the high quality health plan choices and benefits that our constituents receive through the MA program. Given the impact that payment policies could have on our constituents, we ask that you prioritize beneficiaries’ experience and minimize disruption in maintaining payment levels for 2015.
Approximately 15 million seniors and individuals with disabilities – accounting for 28 percent of all Medicare beneficiaries – are currently enrolled in MA plans, which tend to offer more flexible services and benefits than traditional Medicare.  MA plans are popular for many reasons, including the systems of coordinated care they have developed to provide for the seamless delivery of health care services, as well as their emphasis on preventive care and disease management services for beneficiaries with chronic conditions.
Studies show that enrollees in the MA program enjoy better health outcomes and receive higher quality care than their counterparts in the Medicare fee-for-service (FFS) program.  A 2013 study published in Health Affairs found that MA plan performance measures for breast cancer screening, diabetes care, and cholesterol testing were consistently better when compared to traditional Medicare.  Another study, published by the American Journal of Managed Care in February 2012, found that the hospital readmission rates for MA enrollees are 13-20 percent lower than for Medicare FFS enrollees –demonstrating MA plan patients avoid potentially harmful complications.
MA has been a great success and should remain a competitive choice for our constituents. Unfortunately, continued regulatory changes that affect the program’s funding, year after year, create disruption and confusion among beneficiaries who are looking for consistency and predictability.  Furthermore, such disruptions inhibit plans from driving the innovation that has resulted in better care and improved outcomes for Medicare beneficiaries.  While we were very supportive of your decision to assume a “doc fix” in the 2014 MA rate calculation and urge you continue it this year, the MA program still experienced a real payment cut in 2014, not simply reductions in rates of projected growth.
We ask that you carefully examine the MA program and make policy changes for 2015 that ensure continued access and high quality care for America’s seniors, persons with disabilities and other beneficiaries. Funding stability is key to building upon MA’s successful coordinated care health outcomes. We urge you to maintain payment levels that will allow MA beneficiaries to be protected from disruptive changes in 2015. Thank you for your attention to this issue.