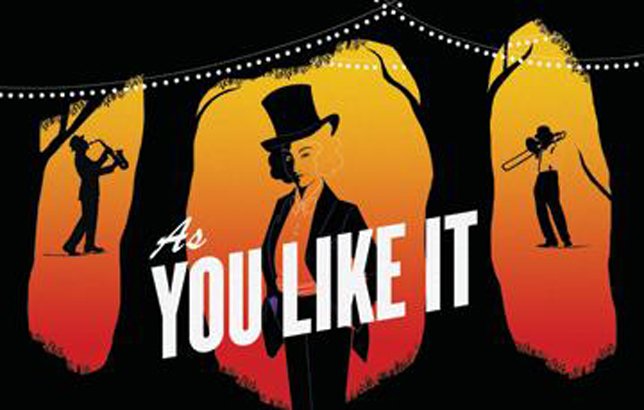 Sag Harbor, NY - April 7, 2017 - Bay Street Theater is pleased to announce the creative team of AS YOU LIKE IT by William Shakespeare, Directed by Tony Award winner John Doyle. AS YOU LIKE IT will run August 8 - September 3. Subscriptions are available by calling the Box Office at 631-725-9500 or online at www.baystreet.org.
Three-time Academy Award winner and musical theater legend Stephen Schwartz (Wicked, Pippin, Godspell) will create an original, jazz era inspired score for the production. Members of the cast will play instruments, making AS YOU LIKE IT a comedy infused with music.
John Doyle (The Color Purple, Sweeney Todd, Company) will design the sets in addition to directing the production. The creative team will also include Ann Hould-Ward (Costume designer), Andrew Diaz (Props designer), Shaughn Bryant (Sound Supervisor) and Meg Murphy (Hair/wig designer). AS YOU LIKE IT is a co-production with Classic Stage Company in New York City, where it will play following its run at Bay Street.
Everyoneneeds to escape to the country sometimes!In AS YOU LIKE IT, join Rosalind, one of Shakespeare's greatest heroines, as she travels into the merry Forest of Arden leaving behind the politics of the city. Disguising herself as a man and accompanied by her cousin Celia and Touchstone the clown, she embarks on a hilarious and romantic journey where she finds love, laughter, and maybe even herself. Shakespeare's beloved comedy will be brought to joyful new life in a production filled with Jazz Era inspired music performed by a masterful cast. 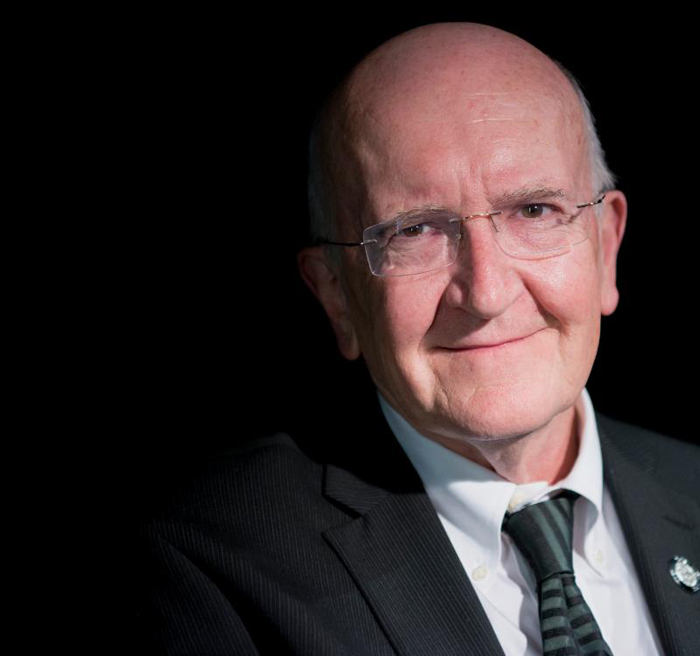 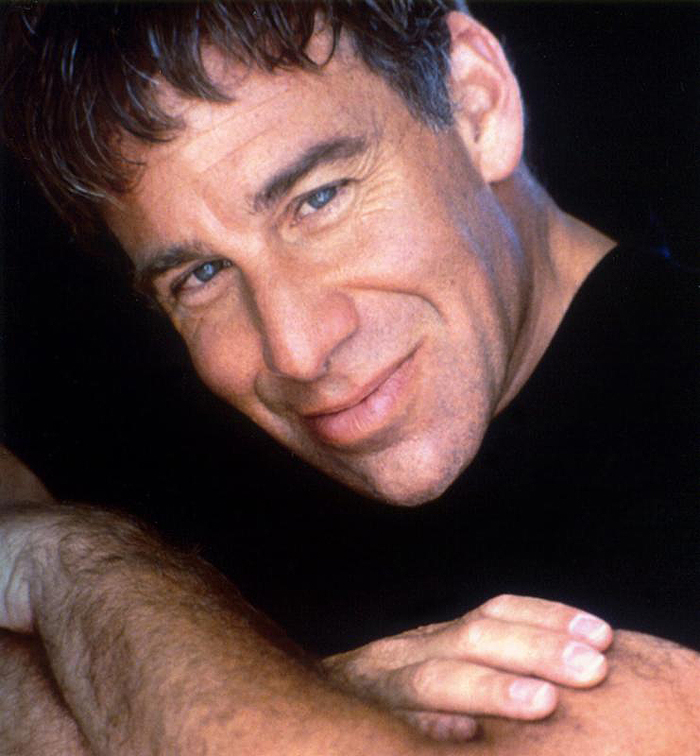 Stephen Schwartz. Photo by Joan Lauren
Stephen Schwartz (Composer) wrote the music and lyrics for the current Broadway hit Wicked, and has also contributed music and/or lyrics to Godspell, Pippin, The Magic Show, The Baker's Wife, Working (which he also adapted and directed), Rags, and Children of Eden. His most recent musical, Schikaneder, premiered in 2016 in Vienna. He has also worked in film, collaborating with Alan Menken on the songs for Disney's Enchanted as well as the animated features Pocahontas and The Hunchback of Notre Dame, and writing the songs for the DreamWorks animated feature The Prince of Egypt. In the classical music field, he collaborated with Leonard Bernstein on the English texts for Bernstein's Mass, and composed the opera Séance on a Wet Afternoon. Mr. Schwartz has been inducted into the Theatre Hall of Fame and the Songwriters Hall of Fame, and has been given a star on the Hollywood Walk of Fame. Awards include three Academy Awards, four Grammy Awards, and the Isabelle Stevenson Tony Award. http://www.stephenschwartz.com.
Anne Hould-Ward (Costume Designer) - Select Broadway: The Color Purple, The Visit, The People in the Picture; A Free Man of Color (Drama Desk Nomination), A Catered Affair (Drama Desk Nomination), Beauty and the Beast (Tony Award), Into the Woods (Tony and Drama Desk Nominations), Falsettos, Sunday in the Park With George (Tony and Drama Desk Nominations); Saint Joan; Little Me. Off-Broadway: Pacific Overtures, Classic Stage Company; Dead Poets Society, Classic Stage Company; Notes from the Field, Second Stage; Passion, Classic Stage Company; Russian Transport; The Blue Flower, Road Show; Lobster Alice; Cymbeline. Ms. Hould-Ward's work can be seen in over 35 International companies of Beauty and the Beast, and her other designs are featured in shows all over the world.   More than 100 regional theatre credits. Recipient of the Fashion Institute of Technology's Patricia Zipprodt Award.
Shaughn Bryant (Sound Supervisor) is making his mainstage Sound Design debut at Bay Street Theater this summer after working the last few years as Sound Supervisor.  Previous Bay Street credits include Sound Designer for the 2016 Gala Fundraiser, Audio Engineer for Grey Gardens and My Fair Lady, Assistant Engineer for Prince of Egypt in Concert, and mixer for vocalists such as Billy Joel, Kinky Friedman, Corky Laing, and Betty Buckley.  Shaughn graduates this year from SUNY Fredonia with a BFA in Technical Theater.  Favorite Sound Designs at Fredonia include Godspell and Pirates of Penzance.  He also holds an Associates Degree in Fine Arts Music and Digital Audio Recording from Jamestown Community College, and also toured as a guitar technician for the band 10,000 Maniacs. http://bit.ly/BryantSound
Andrew Diaz (Props Designer) is a Brooklyn-based set and props designer. He has worked in collaboration with: Walt Disney Entertainment, Roundabout Theatre Company, MCC Theatre, Classic Stage Company, The Vineyard Theatre, The Signature Theater, New York Theatre Workshop, among others.
Meg Murphy (Hair/Wig Designer) is a hair, makeup, and wig designer for theatre and film. Her most recent credits include Broadway: Dear Evan Hansen, Aladdin. Off Broadway: CSC; Our Town, Blue Window; Red Bull Theater; Coriolanus, assistant designer The Changeling; Signature Theatre: wig supervisor Old Hats Regional; Bay Street Theater: Scarlet Letter, Forgotten Woman, Last Night of Ballyhoo, My Fair Lady; Shakespeare Theatre of NJ; Coriolanus, A Song At Twilight TV/Film: "Guap," Turyn," swing "Forged in Fire," Public Speaking, TURF. She is thrilled and honored to return to the Bay Street Theater team, for a second season. Love and thanks to mom & dad. www.megmurphy.com
The 2017 Mainstage Season is sponsored in part by New York State through the generosity of Assemblyman Fred Thiele and State Senator Kenneth P. LaValle; the New York State Council on The Arts, a State Agency; Town of Southampton; The Harold and Mimi Steinberg Charitable Trust; The Shubert Foundation; and public funding by Suffolk County. Support for new work comes from The New Directions Fund and the Joseph Stein New Musical Fund.
For more information or to purchase a 2017 Mainstage Season subscription, log on to www.baystreet.org or call the Box Office at 631-725-9500 Tues.-Sat. 11 am-5 pm.
Classic Stage Company (CSC), now in its 49th Season, is committed to re-imagining classic stories for contemporary audiences. The company has been a home for New York's finest established and emerging artists to grapple with the great works of the world's repertory that speak directly to the issues of today. CSC serves an average of 35,000 audience members annually, including more than 4,000 students through its nationally-recognized CSC Education programs. Productions have been cited repeatedly by all the major Off-Broadway theater awards including the Obie, Drama Desk, Outer Critics Circle, Drama League, and the Lucille Lortel Award for Outstanding Body of Work.
Bay Street Theater & Sag Harbor Center for the Arts is a year-round, not-for-profit professional theater and community cultural center which endeavors to innovate, educate, and entertain a diverse community through the practice of the performing arts. We serve as a social and cultural gathering place, an educational resource, and a home for a community of artists.