Three people were arrested after a Farmingdale break-in, including the victim of the robbery. 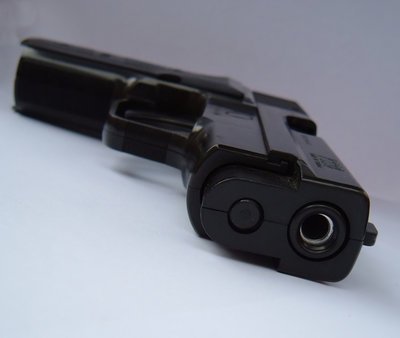 Police were called to 33-year-old Damin Porcelli’s house in Farmingdale early Saturday morning after two men broke into his house. However, the incident ended with all three men facing charges after drugs, cash and guns were found inside Porcelli’s home on 9th Avenue, just a few blocks away from the Farmingdale Senior High School.

Edward Thomas, 23, and Chris Lee, 22, broke into the house around 3 a.m. on Saturday morning. One of the men hit Porcelli in the head with a handgun. Porcelli then fled the scene, and police were called to the house.

Nassau County police officers from the Second Precinct arrived on the scene along with Emergency Medical Technicians and the Bureau of Special Operations. Thomas and Lee – both from New York City – were inside the house when officials arrived, and were taken into custody a short time later.

After the first two arrests were made, police inspected the house and found two defaced .380 caliber handguns, a .357 magnum revolver, a .25 caliber handgun, over 750 individual bags of heroin, 110 vials of crack cocaine, two large jars of marijuana, digital scales and an unknown amount of cash – all of which belonged to Porcelli.

Porcelli was treated at the scene for the head injury he sustained during the break-in, and was then taken into custody. According to a report from the Patch, police believe the three men knew each other prior to the incident.

All three men were scheduled for arraignment on Sunday at the First District Court in Hempstead.