Reform of this rule would encourage small businesses to grow and expand, creating jobs and growing the economy. 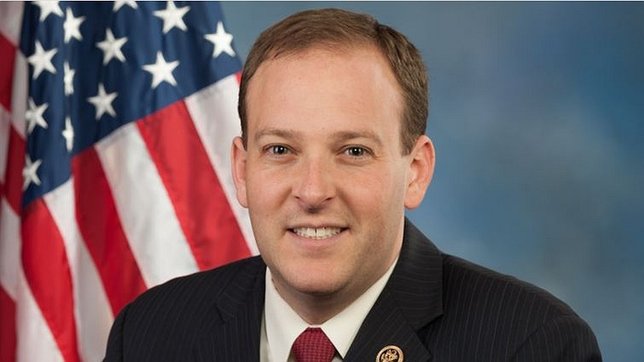 Albany, NY - April 5, 2017 - Congressman Lee Zeldin (R, NY-1), member of the House Financial Services Committee, spoke on the House floor today in support of the Encouraging Employee Ownership Act of 2017 (H.R. 1343), introduced by Congressman Randy Hultgren (R, IL-14). This legislation would reform the outdated Security and Exchange Commission (SEC) Rule 701, which imposes a slew of complicated regulations on small businesses, especially newly formed start-ups. Reform of this rule would encourage small businesses to grow and expand, creating jobs and growing the economy, and give employees the opportunity for ownership through equity in the businesses they are working for. The Encouraging Employee Ownership Act passed the House today by a vote of 331 to 87.
SEC Rule 701 exempts companies below a $5 million threshold to offer securities as part of employees’ compensation without having to comply with federal securities registration requirements. Companies over the threshold must provide additional disclosure, creating a significant obstacle for companies that want to compensate their employees through equity or other securities such as stocks. However, this rule has not been adjusted since 1999. If the disclosure threshold had been adjusted for inflation, it would be almost $7.5 million today. By raising the threshold, more small businesses would be able to offer these incentives to their employees, and more employees would have an increased investment in the business that they work for.
Congressman Zeldin said, “The Encouraging Employee Ownership Act of 2017 is bipartisan legislation that will help small businesses grow and expand, encouraging job creation and economic growth, by allowing companies to retain their employees through incentives. By reforming the outdated rule, we can remove outdated barriers to capital formation and job creation imposed on small businesses and start-ups that are driving America’s innovation economy. On Long Island and nationwide, entrepreneurs who have the next great invention or idea are struggling to gain access to capital. By regulating small start-up ventures as if they are large publically traded companies, the SEC is imposing an unnecessary mound of paperwork on start-ups. Start-up ventures can reward hardworking employees by giving them direct ownership while the business continues to grow by offering their employees a stake in the company through equity and other forms of deferred compensation. The Security and Exchange Commission (SEC) rule governing these compensation plans haven’t been updated since 1999. Instead of keeping in place burdensome compliance and reporting requirements, we should be encouraging businesses and entrepreneurs to expand and create more good paying private sector jobs. We see the insidious effect of this ‘compliance tax’ placing a drain on our economy because it diverts the resources and human capital of entrepreneurs away from expansion and job creation. This Congress, we have an opportunity through bipartisan reforms like this legislation to reverse that troubling trend, by removing the regulatory burdens that harm the economy, consumers, and prospects for job growth."