A sting operation of seven businesses resulted in four Field Appearance Tickets in Suffolk. A Nassau man was sentenced after pleading guilty to assaulting an officer. 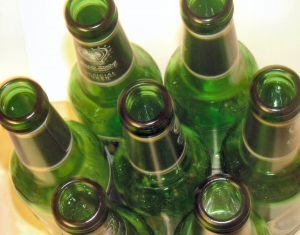 Four Arrested for Selling Alcohol to Minors
Suffolk County Police reported today the arrest of four individuals last night, April 4, for allegedly selling alcohol to minors. During an undercover sting operation of seven businesses across Brentwood and Central Islip more than half failed the inspection; their store representatives have now been charged with Unlawfully Dealing with a Minor.

The operation was part of ongoing efforts to curtail the distribution of alcohol to underaged individuals. In late March five arrests were made during a similar sting, and a week prior to that police made three arrests in another operation in Brentwood and Bay Shore.

Hempstead Man Sentenced for Assaulting Police Officer
A Hempstead man was sentenced in court yesterday after pleading guilty to assaulting a police officer with a knife on March 25, 2012.

34-year-old Christopher Sargeant was found on a road throwing rocks at passing cars. Officers followed him as he drove home and walked to a side entrance while carrying a knife; the police told him to put the knife down, but Sargeant refused and fled inside.

The police pursued and a struggle ensued, during which Sargeant stabbed one of the officers in the abdomen before he was eventually subdued and arrested. That officer was taken to a nearby hospital and eventually recovered.

After pleading guilty to the stabbing this past January, Nassau County Court Judge Philip Grella sentenced Sargeant to 5 years in prison and $87,446 in restitution, most of which will go toward the injured officer’s medical expenses.

Sargeant was also separately sentenced to one year in jail for violating a Stay-Away Order of Protection on March 1, 2012, but the sentences will run concurrently.