The work included a new, wider overpass carrying Walt Whitman Road over the Long Island Expressway in Melville and the early completion of repairs to four highway bridges. 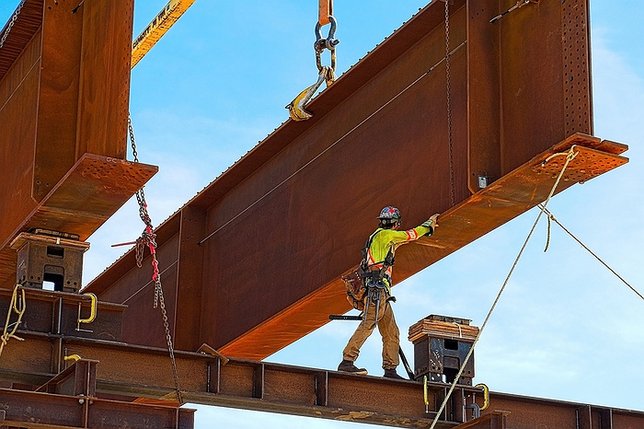 Governor Andrew M. Cuomo has announced the completion of more than $42 million in bridge replacement and rehabilitation work across Suffolk County. The work included a new, wider overpass carrying Walt Whitman Road over the Long Island Expressway in Melville and the early completion of repairs to four highway bridges that will ease travel and enhance safety along key routes for the flow of people and commerce on Long island.
"New York State continues to build back better with projects of all sizes that enhance safety and facilitate commerce across Long Island," Governor Cuomo said. "By investing in our infrastructure, we are creating a more sustainable transportation system that eases travel while also expanding economic opportunities for New Yorkers."
The new Walt Whitman Road Bridge replaced a structure that was built in 1962 and was no longer suitable for the approximately 164,000 vehicles that traveled the structure daily. The area is home to a thriving commercial sector and several national and international companies.
As part of the $28.2 million replacement project, two southbound lanes, one northbound lane and two northbound left-turn lanes were constructed and the Service Road intersections widened to alleviate congestion. Wide shoulders and sidewalks were also added in both directions to accommodate bicyclists and pedestrians. Curb ramps and upgraded pedestrian crossing signals were installed on the North and South Service Roads.
The new, two-span structure was built using metalized steel girders that do not require repainting, which will reduce maintenance costs. The structure is also jointless, giving the bridge a smoother riding surface. Construction of the new bridge was accomplished in stages to keep traffic flowing throughout the project.
Department of Transportation Commissioner Marie Therese Dominguez said, "New York State is building a modern transportation system that will meet the demands of the 21st Century, promote economic growth and development, and keep people and goods moving for many years to come. These bridge projects on Long Island are a prime example of what it means to build a more resilient infrastructure."
Senator Jim Gaughran said, "Completion of this overpass is crucial to alleviating a major point of congestion on a highly trafficked artery. I thank Governor Cuomo for continuing to prioritize investments in infrastructure, which is vital to recharging our economy, and I look forward to additional major infrastructure investments for Long Island under President Biden."
Senator Mario Mattera said, "As we continue to safely reopen our region, it is so critical that we commit to investing in our infrastructure so that all Long Islanders can safely get back to normal life. These projects, which were accomplished through the hard work of our men and women of labor, will greatly enhance travel for both our residents and those visiting our area and that will benefit our entire region,"
Assembly Member Steve Stern said, "The improvements to the Walt Whitman Bridge overpass will help ease traffic congestion and improve safety along the critical Route 110 corridor. These important infrastructure projects provide jobs, promote our economy and will help our community as we recover from the COVID-19 pandemic and people return to the workplace."
Suffolk County Executive Steve Bellone said, "With the completion of these projects, several key sections of roadway are now safer and easier for our residents navigate. I would like to thank the Governor for once again investing in important infrastructure projects here in Suffolk County that not only improve quality of life but also enhance the flow of commerce in our region."
Huntington Town Supervisor Chad Lupinacci said, "The widened Walt Whitman Road overpass is a critical infrastructure improvement that will now support increased traffic flow and safety in the Melville commercial corridor."
In addition to the Walt Whitman Road project, major construction is also complete on a $14.4 million project that refurbished or repaired four Suffolk County bridges, wrapping up five months ahead of schedule.  Refurbishments - including new concrete riding decks and fresh paint - were made to the following bridges:
The Lincoln Avenue Bridge over Sunrise Highway in the Town of Islip also underwent repairs to a steel girder that was damaged during a collision.
Motorists are urged to slow down and drive responsibly in work zones. Fines are doubled for speeding in a work zone.  Convictions of two or more speeding violations in a work zone could result in the suspension of an individual's driver license.