PSEG LI warns customers to be mindful of possible downed power lines, and to report any power outages. 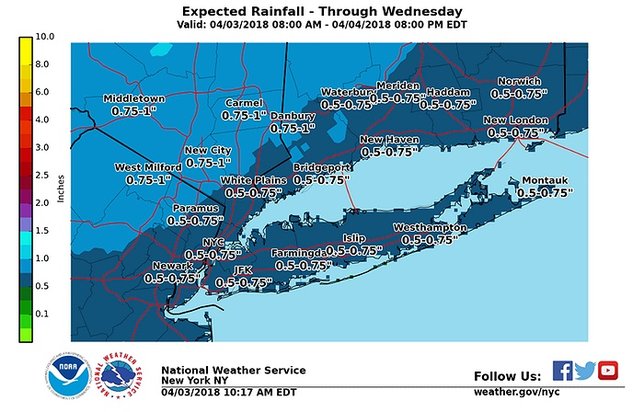 A NWS map of projected rainfall in the Long Island region on Wednesday.

Long Island, NY - April 3, 2018 - Sadly, we’re still not getting the spring weather that’s practically owned to Long Island as a whole after all the nor’easters that we have been through as of late; instead, what we ARE getting is yet another storm…though, thankfully, there’s no snow in the forecast this time. But according to the National Weather Service (NWS), what residents can expect, however, is rain and wind…and a great deal of it.
The NWS has issued a Wind Advisory which is in effect on Wednesday, April 4, from 12 p.m. to midnight. Potentially heavy rain and western winds with a strength of 20 to 25 MPH – with gusts of up to 50 MPH possible – will be developing behind a cold frontal passage Wednesday afternoon and reaching their zenith by Wednesday evening, according to the NWS. Strong winds will be capable of blowing down tree limbs, whole trees, and power lines, with isolated to scattered power outages being possible as a result. 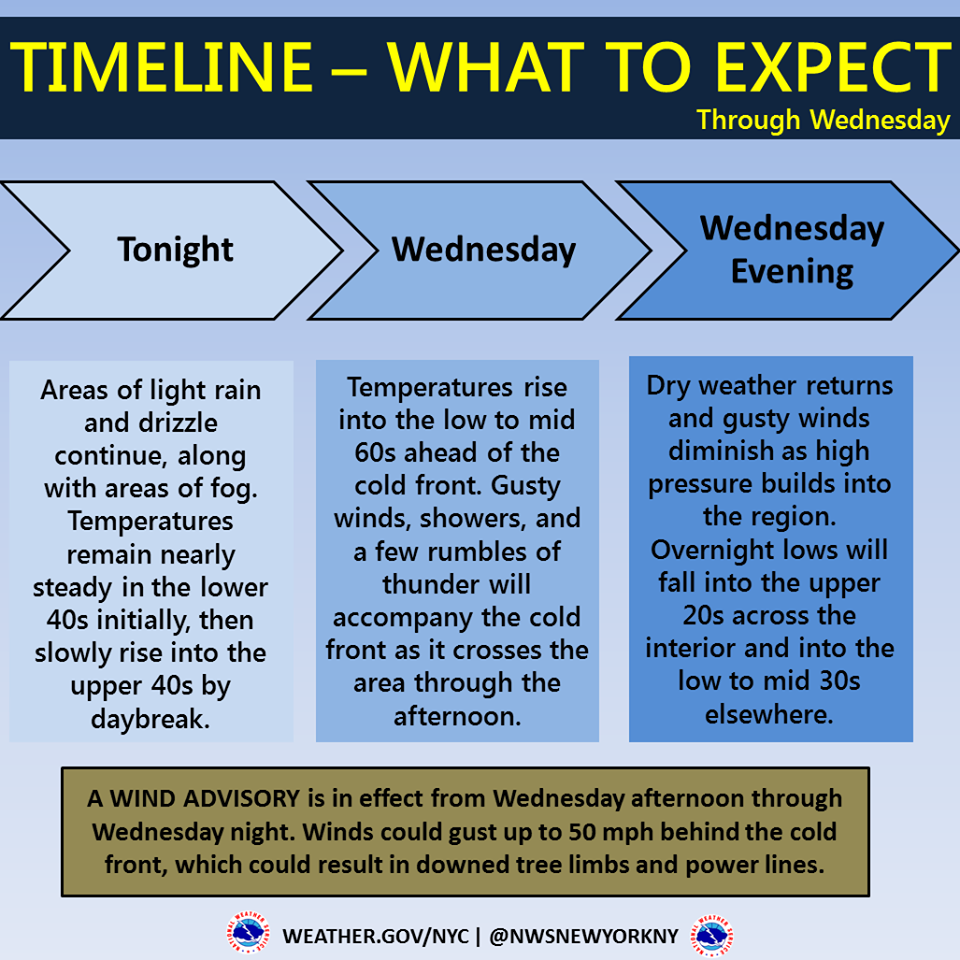 Typically, the NWS issues a Wind Advisory when sustained winds of 31 to 39 mph, or gusts of 46 to 57 mph, are expected or occurring. Winds this strong can make driving difficult, especially for high profile vehicles, in open areas, and on elevated roads and bridges. Residents are advised to use extra caution when venturing outside or traveling in such conditions.
John O’Connell, Vice President of Transmission and Distribution at PSEG Long Island, issued a statement that the utility company is prepared for the heavy rain and strong winds forecast to hit the region on Wednesday, with workers at the ready to respond to any issues or power outages that may occur.
“This storm has the potential to cause tree limbs to break and pull down wires,” he said. “We are closely monitoring the weather. Our crews are ready to once again respond to any service interruptions experienced by our customers as quickly and safely as possible.” 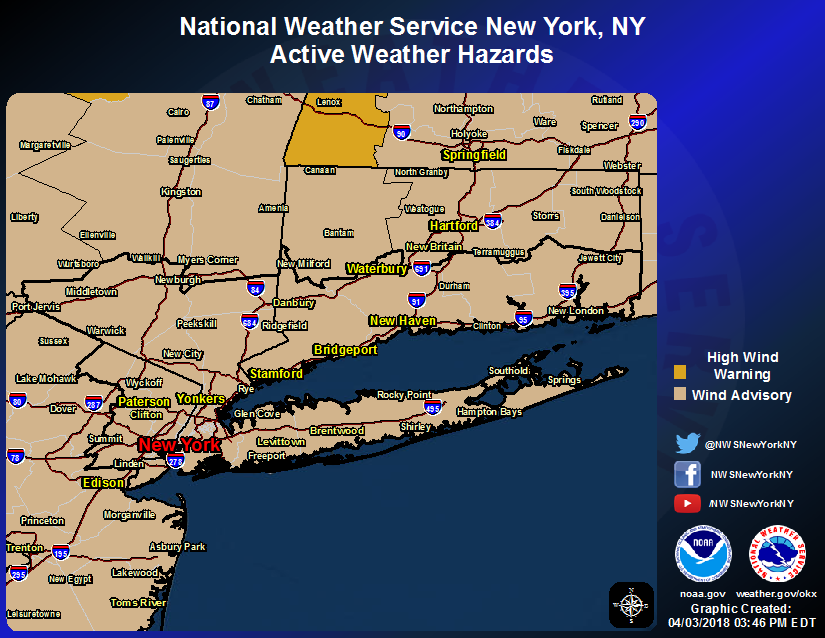 Residents are advised to prepare for possible power outages with blankets, flashlights, non-perishable food, water, and battery operated radios for storm and news updates.
Be prepared and stay safe during extreme weather:
The full forecast for the next several days, as per the NWS, is as follows: