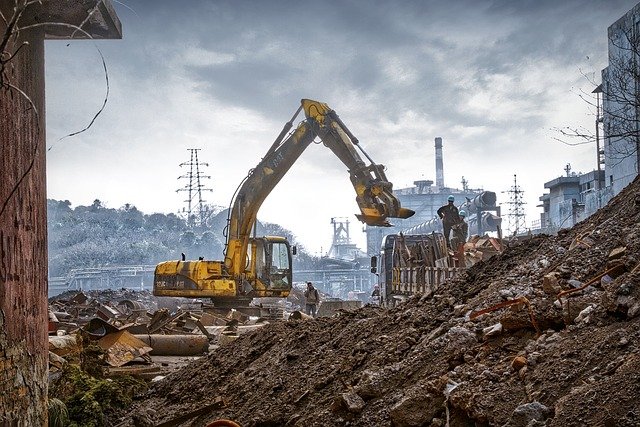 New York, NY - April 3, 2018 - Attorney General Eric T. Schneiderman today announced a State Supreme Court shutdown order against Peter J. Battaglia, Jr. and affiliated corporations operating an illegal concrete crushing and demolition processing facility in South Buffalo. Battaglia operated the facility without required solid waste management and air permits and according to community residents, spread dust, debris, and odor throughout the Seneca Babcock neighborhood for more than a decade. Today’s court order follows a 2016 lawsuit filed by Attorney General Schneiderman alleging that the company’s harmful impacts created a public nuisance under New York State Law, and that the facility illegally operated without required state environmental permits.
The Honorable Deborah A. Chimes today determined that Battaglia operated the facility without a required Solid Waste Facility permit since February 13, 2013, and operated a concrete crusher without applying for an air permit. The Court required the facility to immediately cease all concrete crushing and construction and demolition debris disposal operations, and held Peter J. Battaglia, Jr. personally liable for penalties to be determined at an upcoming hearing.
“This court decision is a victory for the Seneca-Babcock residents who will no longer be forced to breathe in harmful dust and debris,” said Attorney General Schneiderman. “As we made clear in Court, companies have a fundamental responsibility to comply with state law — and my office won’t hesitate to act to keep New York communities clean, safe, and healthy.”
Up until today, the Battaglia facility, located at 1037-1055 Seneca Street, crushed concrete and stockpiled and processed construction and demolition debris. The unpermitted operation bordered the Seneca Babcock neighborhood, including adjacent homes located on the northwest side of Peabody Street. The concrete crusher is located as close as approximately 250 feet to backyards of Peabody Street homes.
The Attorney General’s 2016 lawsuit charged that the facility operated without required approvals by the New York State Department of Environmental Conservation (DEC) – including a permit for controlling air pollution from the concrete crusher – that protect the environment and health of the surrounding community. The lawsuit further alleged that the Battaglia facility created a public nuisance under state law by creating ongoing dust, noise, vibrations, odors, vermin infestation, and excessive truck traffic that harmed the property, safety, and comfort of the neighborhood residents, as well as disrupted their daily activities.
DEC Commissioner Basil Seggos said, “For too long, this facility was skirting the laws and negatively impacting the environment in the Seneca Babcock neighborhood. New York State has zero tolerance for those who put the public’s health at risk, and I’d like to thank the Attorney General and DEC’s air resources and legal team for their collaborative efforts in bringing the perpetrator to justice.”
Neighborhood residents and their supporters packed the courtroom this morning, and expressed great satisfaction with the Court’s determination. The Attorney General’s lawsuit included 30 affidavits from neighborhood residents, describing a community literally driven indoors by “unbearable” dust and noise, “fear” over dangerous truck traffic, “sickening” odors, and other noxious conditions created by the Battaglia facility’s operation.
Rebecca Newberry, Executive Director, The Clean Air Coalition of W.N.Y., said, “We applaud the efforts of the office of Attorney General Schneiderman and Assistant Attorney General Jane Cameron. This decision will be felt by the residents of Peabody Street for generations. We look forward to continuing to work with the Attorney General’s office on more precedent-setting environmental justice victories.”
“I can’t wait to sit on my porch this summer and breathe clean air, not silica dust and diesel fumes. This is what peace and quality of life means to me,” said Resident, Diane Lemanski.
This case was handled by Assistant Attorneys General Jane Cameron, Brian Lusignan, and Michael J. Myers, and scientists Linda M. Wilson, Jennifer Nalbone, and Mauricio Roma. The Environmental Protection Bureau is led by Lemuel M. Srolovic and is part of the Division of Social Justice, which is led by Executive Deputy Attorney General for Social Justice Matthew Colangelo. The matter was investigated by Investigator Shawn McCormick of the Attorney General’s Buffalo Regional Office. The Investigations Division is led by Chief Dominick Zarrella.
DEC staff assisting in this case were Al Zylinski and Al Carlacci from Division of Air, Lisa Czechowicz from Permits, Peter Grasso and Efrat Forgette from Materials Management and Maureen Brady from the Office of General Counsel.