NY Open for Fishing and Hunting Initiative Kicks Off Trout and Salmon Season. 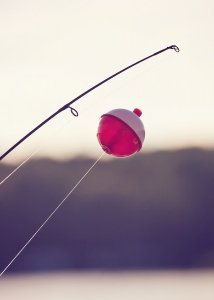 Albany, NY - April 2, 2014 - Governor Andrew M. Cuomo today celebrated the opening day of trout and salmon season and announced new funding in the 2014-2015 State Budget to expand fishing opportunities across the state by improving public access to fishing sites and investing in critical infrastructure at the state’s hatcheries. The funds support the NY Open for Fishing and Hunting Initiative to improve recreational activities for in-state and out-of-state sportsmen and sportswomen and to boost tourism opportunities throughout the state. The Governor also encouraged anglers to buy their fishing license online.

"The fishing industry in New York supports an estimated 17,000 jobs and brings in hundreds of millions in tourism dollars," Governor Cuomo said. "Upgrading facilities, opening up new recreational opportunities, streamlining licensing and reducing fees all work to support the significant economic value these activities bring to the entire state."

State Department of Environmental Conservation Commissioner Joe Martens said, "Once again Governor Cuomo has demonstrated his commitment to creating vast opportunities for fishing and hunting in New York State. Improvements to the state's hatcheries will allow DEC to ensure New York's waterways are stocked for anglers to enjoy as we embark on opening day and throughout the fishing season."

Specifically, DEC will make repairs to hatcheries, including boiler replacements at Chautauqua Hatchery in Western New York and Oneida Hatchery in the Mohawk Valley, and rearing pond (raceway) repairs at several DEC hatcheries. Building repair and improvement projects are also in the works for Caledonia Hatchery in the Finger Lakes, which will celebrate its 150th anniversary in 2014.

In addition, DEC plans to purchase 16 new fish stocking trucks with fish life support systems that are essential for the safe delivery of stocked fish.

The NYS Department of Environmental Conservation (DEC) operates 12 fish hatcheries in New York and plans to stock more than 2.3 million catchable-size brook, brown and rainbow trout in over 309 lakes and ponds and roughly 2,900 miles of streams across the state this spring.

A list of all waters scheduled to be stocked this spring can be found at www.dec.ny.gov/outdoor/30465.html.

Reduced Price Fishing Licenses, Free Fishing Promotions
Also in the 2014-2015 State Budget are reduced fees for seven-day fishing licenses, from $31 to $28 for non-residents and $13 to $12 for residents; an increase in the number of authorized statewide free fishing days to eight from two; and authorization for DEC to offer 10 days of promotional prices for hunting, fishing and trapping licenses. These reduced prices build upon efforts last year, which saw successfully streamlined fishing and hunting licenses, reduced fees, and made fishing licenses valid for one year from the date of purchase.

$6 Million for Access to Fishing and Other Recreational Opportunities
The 2014-2015 State Budget includes $6 million for 50 new access projects involving 380,000 acres for fishing, hunting, hiking, canoeing, bird watching and other forms of recreational activities throughout the state. The vast majority of these new access sites will provide new or improved access to fishing opportunities, with new trails to fishing sites, fishing platforms, boat launches, improved signage, and new and improved parking.

Expanded Adventure License Offers
In addition to a commitment made by Governor Cuomo in his January State of the State Address that provided free Adventure License Plates for new lifetime fishing license holders, the 2014-2015 State Budget authorizes discounted Adventure Plates to existing lifetime fishing licenses holders and access to the plates to annual license holders. Anglers, both new and existing license holders, will now be able to choose from licenses plates featuring trout, striped bass and walleye: http://licensecenter.ny.gov.

Boating and Fishing Access Upgrades Underway
DEC is currently in the process of upgrading boating access facilities on Forge Pond in Suffolk County, the Mohawk River in Schenectady County, Great Sacandaga Lake in Saratoga County, and Lower Saranac Lake in Franklin County. New access projects to be completed in 2014 include a new boat launch on Round Lake in Saratoga County and installation of a fishing pier on Green Lake in Greene County. The state has invested more than $2.8 million on boat launch improvements over the past 3 years.

Other Enhancements to Sportsmen and Women Activities
In support of sportsmen and recreational activities, other successes include: