Harry Jones, a student from Cold Spring Harbor High School, organized the effort through Save The Children Long Island. 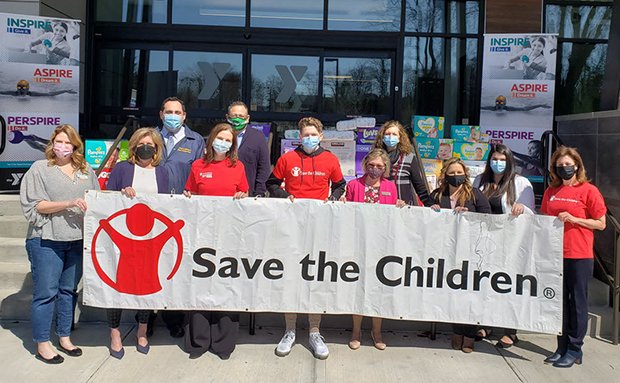 Harry Jones was honored by the Town of Huntington recently for his incredible effort to raise funds and donations of over 10,000 diapers for local families in need.

The student from Cold Spring Harbor was inspired to create a diaper drive by a video that was posted online by the Greater DC Diaper Bank, according to his mother, Carolyn Jones, who has been a supporter of the Save The Children organization in the United Kingdom since childhood.

“We watched the video and found it so sad that parents had to decide if they should pay the rent, buy food or put a clean diaper on their babies /children,” she said.

Jones, himself a Student Ambassador for Save The Children Long Island Council and a student at Cold Spring Harbor High School, contacted Huntington Town Supervisor Lupinacci’s office and the Town of Huntington joined the effort, collecting donations from employees at Huntington Town Hall.

“Harry’s generous and conscientious spirit should serve as an example to all our young residents and we were thrilled to participate in this worthy cause,” said Supervisor Lupinacci, who presented Mr. Jones with a pin of the Town seal for his efforts in raising funds and donations of over 10,000 diapers for families in need.

“I have been working with Save The Children for some time now and wanted to be able to organize some kind of drive that would not entail just donating money,” said Jones. “During the pandemic and trying to social distance, I thought what could be easier than ordering diapers  through Amazon and having them delivered to my house, and it just grew from there!”

The diapers will be distributed to families throughout Long Island through the Family Service League.