Out Like a Lamb? Long Island Gets More Snow on Last Day of March

Spring might have come already, but winter is letting out one last gasp before April begins. 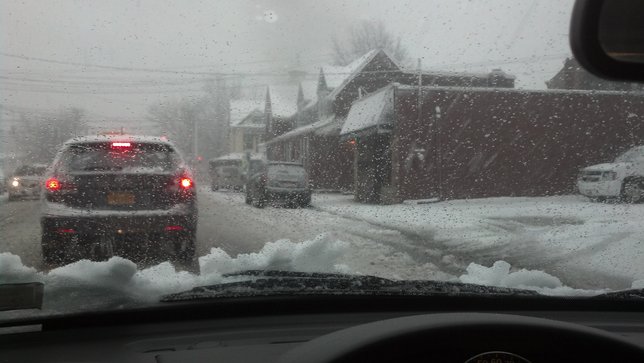 The National Weather Service has issued a Special Weather Statement in light of this morning’s snow. According to the NWS, a heavy band of snow extended from Connecticut into Nassau and western Suffolk County, and from there has moved toward eastern Suffolk.

Moderate to heavy snowfall has impacted the Island, with up to an inch of accumulation possible. Some towns may even see more accumulation under a band of heavier snowfall.

After the snow has fallen it should melt away, however, making the evening commute a bit easier than the morning one. A high of 48° is predicted for much of Long Island.

For the latest updates, head to the Long Island Weather Center.

For a look at the roadways and the commute ahead, check out LI’s Traffic Cameras and Traffic Map.