Nelson Mandela, in the hospital since Wednesday night, continues to recover in a South African hospital. 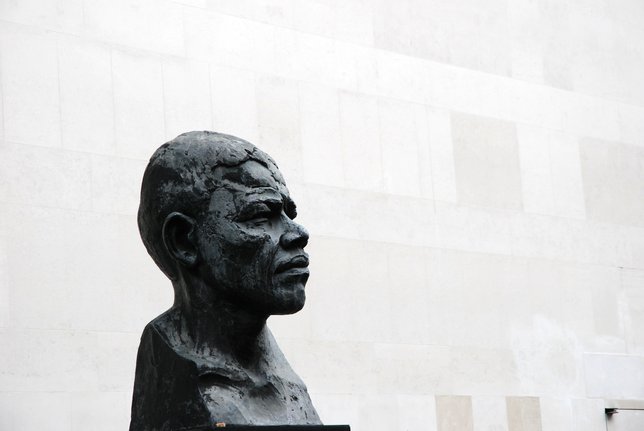 Former South African President Nelson Mandela is currently recovering from pneumonia in a South African hospital. 94-year old Mandela is apparently breathing without difficulty after a procedure to remove liquid from his lungs was performed and is resting comfortably. Mandela, the anti-apartheid hero of the nation, had been struggling with his breathing as of yesterday, however; he appears to be alright, though pneumonia is always a difficult illness to face for individuals of an advanced age.

"This has resulted in him now being able to breathe without difficulty. He continues to respond to treatment and is comfortable," said South African politician Mac Maharaj in a statement. Mandela was rushed to Pretoria hospital Wednesday night. This is his third trip to that same hospital in recent months after being treated for a lung infection in December.

Global figures, including Barack Obama, have sent “Get Well” cards and messages to the ailing former-President. Current South African President Jacob Zuma told the country that they “must not panic” over Mandela’s recovery. Describing Mandela’s ailments in greater detail, Maharaj continued "Doctors advised that due to the lung infection, former President Mandela had developed a pleural effusion which was tapped. This has resulted in him now being able to breathe without difficulty.”

Maharaj stated that the government of South Africa "would like to acknowledge and thank all who have been praying for, and sending messages of support for, Madiba and his family." Madiba is Mandela’s clan name, and is typically how South Africans refer to him.

Hundreds of supporters have gathered at nearby churches and sites to pray for Mandela’s speedy recovery.