The legislation will require the commercialization and standards for advanced drunk driving prevention technology systems in all new cars. 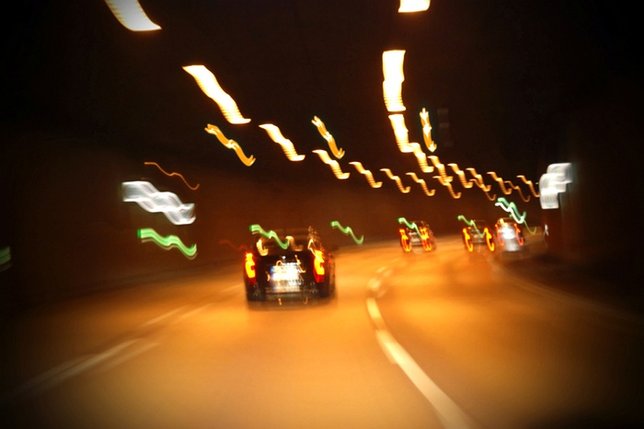 The HALT Drunk Driving Act came after a Michigan family was tragically killed in a car crash caused by a drunk driver while returning from a family vacation. Two years ago, Dingell honored their lives on the house floor and pledged action to reduce drunk driving crashes. Senators Ben Ray Luján (D-NM) and Rick Scott (R-FL) plan to introduce a companion version of the legislation in the near future.

“We have the technology to prevent drunk driving and save lives, and it’s long past time that we use it,” said Congresswoman Dingell. “Issam, Rima, Ali, Isabella, and Giselle Abbas should all still be with us today, but a driver with a BAC nearly four times the legal limit was allowed to get behind the wheel of a car and senselessly take their lives. The HALT Drunk Driving Act will make our roads safer, and will help us bring an end to the trauma of drunk driving deaths and injuries in this country.”

“During my tenure as Nassau County District Attorney on Long Island, and throughout my time in Congress, I have made combatting drunk driving one of my top priorities,” said Congresswoman Rice. “Prosecution and law enforcement strategies are critically important in this effort, but the best way to prevent drunk driving fatalities is to stop anyone who is under the influence from getting behind the wheel in the first place. That’s why I am proud to co-lead the HALT Drunk Driving Act, which will prevent drunk drivers from operating a vehicle by requiring passive drunk driving prevention technology in all new cars. I thank Congresswoman Dingell for leading this bill to honor the Abbas family and help prevent other families from facing the same tragedy at the hands of a drunk driver.”

“Too many families have lost loved ones to drunk drivers. Every year we lose over 10,000 lives – deaths that are preventable,” said Congressman McKinley. “With the current technology available, no person should be able to operate a vehicle while intoxicated. This legislation will ensure that vehicles utilize technology to stop drunk driving and ensure no more American lives are lost.”

“New Mexico has the fourth-highest rate in the nation for alcohol-impaired driving fatalities, and the problem is getting worse,” said Senator Luján. “The Reduce Impaired Driving for Everyone (RIDE) Act will help prevent drunk driving in the United States and could save over 10,000 lives every year. I am committed to getting this critical legislation passed in the Senate.”

“It is heartbreaking that we have lost so many to the irresponsible actions of drunk drivers, and it’s time to take real, significant action to prevent any further loss," said Senator Scott. "Our proposals to promote the development of critical alcohol detection technology will be a huge step to protect our families and communities.”

“The time is now to pass this bill and put an end to the trauma suffered by drunk driving victims and their families as a result of someone else’s bad choice,” said MADD National President Alex Otte. “MADD is so grateful for Congresswoman Dingell’s leadership to set in motion one of the most important pieces of legislation in MADD’s 40-year history. The HALT Act will make great strides in our fight to eliminate drunk driving, which accounts for more than a quarter of all traffic deaths and injures more than 300,000 people every year.”

“This technology already exists and it could have saved my family,” said Rana Abbas Taylor, sister of the late Rima Abbas. “We have an opportunity here to eliminate drunk driving. It’s time for the federal government and auto industry to act now to prevent other families from the unimaginable pain of losing loved ones to drunk driving. I am so grateful to Congresswoman Dingell for her incredible leadership and swift action in creating legislation in my family’s honor.”

Drunk driving is the number one cause of death on America’s roadways. NHTSA estimates that one person in the United States dies from drunk-driving crashes every 52 minutes, resulting in more than 10,000 deaths—about 30 percent of all fatal crashes— caused by drunk driving each year.

The text of the HALT Drunk Driving Act is available here.