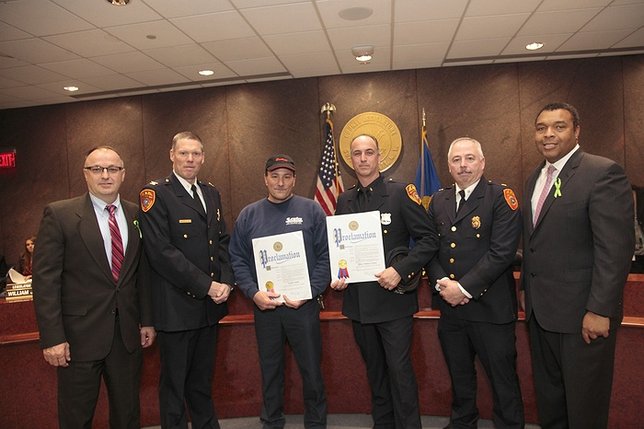 Eaton's Neck, NY - March 29th, 2016 - At the General Meeting of the Suffolk County Legislature on Tuesday, March 22nd, Legislator Spencer and his colleagues proudly recognized, Officer Matthew Funaro and Good Samaritan Joseph Cartelli for their brave acts which resulted in saving the life of an 88 year old woman.

On February 10, 2016, when a voracious fire broke out in a home in Eaton's Neck, Mr. Cartelli, who was on the site performing work at the home, sprang into action to contain the fire and protect the disabled homeowner.

When Officer Funaro responded to the call, the two heroes helped carry the woman out of the home to safety.

Their bravery was lifesaving and inspirational.