The man who shot a woman and her two-year-old son in Central Islip has been placed under arrest. 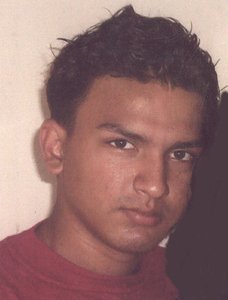 Juan Elias “Cruzito” Garcia, the man accused of shooting his 19-year-old girlfriend and her two-year-old son in Central Islip four years ago, has been taken into custody just two days after being placed on the FBI’s 10 Most Wanted List.

Garcia, a member of the MS-13 gang, is believed to have murdered Vanessa Argueta and Diego Torres on February 4, 2010. After a dispute between Garcia and Argueta, who had ties to MS-13 rivals the 18th Street Gang and the Latin Kings, rival gang members allegedly threatened violence against Garcia. When Garcia told his MS-13 leader, Heriberto Martinez that he had been threatened because he believed Argueta shared information with the rival gangs he was given permission to retaliate.

Garcia then invited Argueta out to dinner, and after picking her and her two-year-old up drove them to a wooded area in Central Islip. There, he and two other MS-13 members shot and killed both Argueta and Torres.

Their bodies were found the next day, and later in 2010 Garcia, Ariel Guzman, and Rene Mendez Mejia were identified as the shooters. Mejia and Guzman were caught; with Mejia having pleaded guilty and Guzman convicted by a jury they are now both awaiting sentencing. Martinez was also arrested and is now serving consecutive life sentences for his part in this and many other crimes, but Garcia remained on the loose for over four years and was placed on the FBI’s 10 Most Wanted on Wednesday March 26, 2014.

Yesterday, the FBI coordinated with Nicaraguan authorities and the Regional Security Office of the US Embassy in Managua to transport the fugitive back to the US following his surrender.

“Juan Elias Garcia was placed on the Ten Most Wanted Fugitives list because of the heinous nature of his crimes,” said FBI Assistant Director in Charge of the New York Field Office George Venizelos. “News media outlets, both domestic and abroad, displayed Garcia’s photograph to members of the public hoping someone would turn him in. The pressure generated by this publicity was too much for Garcia to bear, resulting in his surrender and return to the United States.”

“As a result of the tremendous dedication of the FBI and their law enforcement partners, Garcia has been captured and will be returned to Long Island, where he will be prosecuted for the heinous crimes that he and his fellow MS-13 gang members committed,” added Loretta E. Lynch, US Attorney for the Eastern District of New York. “We hope his capture brings some measure of consolation to the Argueta and Torres families.”

Garcia is expected to appear before a court in the Eastern District of New York on Monday, March 31.