To help flatten the curve, city council president announced an indefinite closure of the boardwalk; beaches to remain open. 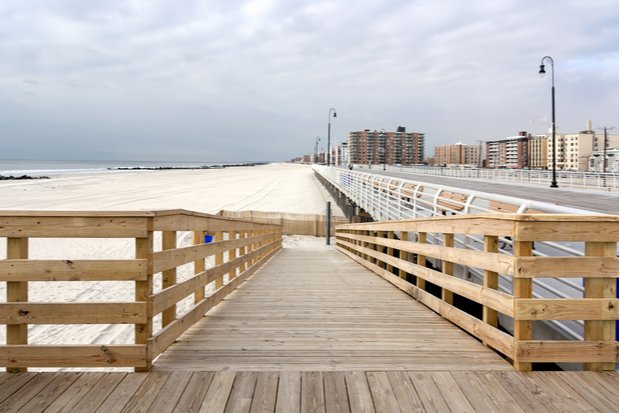 Long Beach City Council President John Bendo announced that the boardwalk would be closed indefinitely as of Thursday at 8pm.

“Confirmed cases of the virus have been increasing exponentially both in Long Beach and throughout Nassau County,” Bendo said in a statement. “We need to flatten the curve of transmission in order to save lives and not increase the burden on our already overwhelmed health care system. We cannot allow our boardwalk, the heart of our city, to become a major venue for transmission.”

As of Thursday, there were 36 confirmed cases of COVID-19 in Long Beach and 3,285 in Nassau County.

He described the city as densely populated with a high number of first responders and health care providers as residents.

A few days prior, Bendo said if large groups did not stop congregating on the boardwalk the city would be forced to shut it down.

“For your own health and theirs, this is a measure we need to take,” he said.

The beach will remain open with restricted access points. Police will continue to patrol the boardwalk and monitor video surveillance cameras. Bendo encouraged people to go outside to get exercise but keep at a safe social distance.

“We’re a resilient community, Long Beach. This was clearly not an easy decision to make, but it is literally a matter of life and death,” he said, hoping that residents will be able to enjoy the boardwalk again this summer and “a resumption of a sense of normalcy.”

In a tweet, Nassau County Executive Laura Currant thanked the city for making the hard choice:

“Thank you to the City of @LongBeach11561 for closing the Boardwalk. I know it wasn't an easy decision, but it had to be done. #FlattenTheCurve”