DHS Recently Informed NYC That Their "Securing The Cities" Funding Will Be Cut From $11M to $4.7M, Dealing a Major Blow To NYPD's Radiation Detection Ability 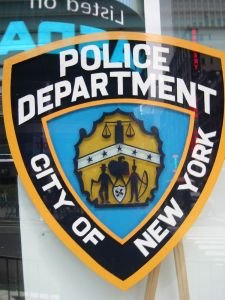 New York, NY - March 26, 2014 - U.S. Senator Charles E. Schumer today warned that the Department of Homeland Security (DHS) is planning on cutting funding to New York City from the federal "Securing the Cities" program in the upcoming year by over 50%.  The dramatic and unexpected drop in funding would deal a major blow to the New York Police Department's (NYPD) radiation detection initiative, the importance of which was underscored yesterday when President Obama said his biggest fear was a nuclear weapon going off in New York City.  Schumer will demand DHS immediately reverse these cuts, which reduce funding for NYC from $11M to $4.7M.  Senator Schumer spoke directly DHS Secretary Jeh Johnson today to convey his concern.
"As President Obama correctly noted, our biggest fear is a nuclear weapon going off in New York City, so why would DHS want to cut funding for such a vital program here?" said Schumer. "Time-and-again, would be terrorists have made New York City their target of choice, which is why we must prioritize and fully fund programs like “Secure the Cities.’ DHS must recognize the problem with their decision and reverse it immediately. Secretary Jeh Johnson is a fellow New Yorker and I am confident he will understand why this decision has to be reversed."
The “Securing the Cities” program provides funding for domestic nuclear detection. According to DHS, the program is designed to enhance the nation’s ability to detect and prevent a nuclear attack in cities facing the highest risk.
Schumer noted that just yesterday, President Obama expressed concern about possible nuclear attacks in New York City.
Since 2007, NYPD has received more than $118M in funding from the “Securing the Cities” program.
Schumer said that NYC has already seen a reduction in funding for this program in the past year, form $18M to $11M, as DHS decided to divert some funds to a second city.  Now it appears DHS is trying to reduce funds even further, when New York is still far and away the biggest terrorist target in the country.
In a personal call to Secretary Johnson, Schumer today urged DHS to immediately reverse cuts to New York City’s share of funding from the “Securing the Cities” program.