Three of the men involved in the parachute jump stunt at One World Trade Center are from Long Island. All four men surrendered themselves to authorities on Monday. 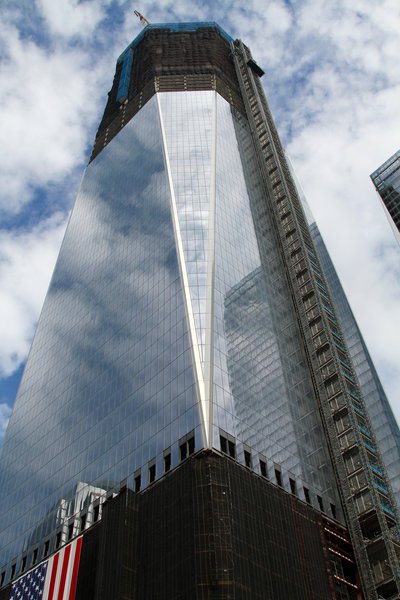 Four men, three of which are from Long Island, have surrendered themselves to authorities on Monday for the parachuting stunt that took place at the top of One World Trade Center back on Sept. 30. The men were arraigned late Monday and charged with felony burglary, misdemeanor reckless endangerment and misdemeanor jumping from a structure.

The incident took place around 3 a.m. last year and was recorded from a helmet camera (video below). Three of the men climbed to the top of the tower while a fourth man kept a watchful eye from the ground.

The video had not been made public by the men until Monday – posting it to YouTube after they turned themselves in.

According to Rossig, an avid BASE (Building, Antenna, Span, Earth) jumper, the stunt was “peaceful” – it was not a terrorist act and “our intent was never for this to go public."

According to Rossig’s attorney in reporting from the New York Daily News, when search warrants were out for the men’s arrest, the thought was to make the video public and perhaps it’d become a popular hit to bring in some money that could be donated to a charity for families of 9/11 victims.

The men entered the building last year by walking through a gap in a fence, and then proceeded to parachute off the 1,776-foot tall building and landing several blocks from the building. The NYPD captured on video one of the men landing on the West Side Highway.

NYPD Police Commissioner William Bratton added, “These arrests should send a message to anyone thinking about misusing a landmark this way. Being a thrill-seeker does not give immunity from the law.”

One of the men, Brady, was an iron worker at the construction site at the time.

The men have been released on $3,500 bail and pleaded not guilty. The men could face up to seven years in prison if found guilty.

The arrest of these men follows after the recent arrest of a New Jersey teen accused of trespassing One World Trade, also by walking through a gap in a fence. The teen entered the site around 4 a.m. getting pass security and spent about two hours atop the tower.

These recent incidences bring up concerns over security at the tower as One World Trade Center continues to be under construction. The Port Authority of New York and New Jersey, which owns the building, has plans for top security around it upon official opening. In May, the nearby National September 11 Memorial & Museum is set to open.