New Agreement Will Allow NYCHA to Commence Work Sooner and Guarantee Sufficient Funds to Complete the Jobs – Since FEMA Will Accept NYCHA Estimates and Not Negotiate Down -- Allow for Brand New, State-of- the-Art ... 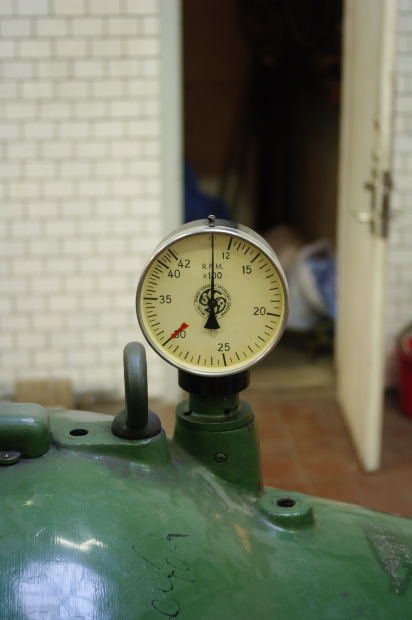 Since the storm, NYCHA has been spending $3 million per month for the temporary boilers, greatly taxing the already financially strapped agency. Normally FEMA will try to repair rather than replace damaged infrastructure and then subsequently negotiate the cost.  Today, Schumer and de Blasio announced that FEMA has agreed not to challenge NYCHA’s repair cost estimates and will pay for brand new boilers, rather than just repair the damaged ones.  This will greatly speed up the process of restoring normal service to the buildings impacted by the storm, which originally hadn't been scheduled to be completed until 2016.  Under the new agreement, FEMA and NYCHA are seeking to have the final funding agreement in place early this year so boiler replacement can start later this year.

"For more than 16 months, bureaucratic infighting and red tape have denied NYCHA residents the most basic of necessities -- reliable heat and hot water," said Schumer.  "Today we're firmly on the path to righting a wrong that has too often left NYCHA residents in the cold during the winter and in the dark at night. Mayor de Blasio and his team have been working hard with me on ending this unnecessary delay, and I want to thank them for their assistance."

"When Superstorm Sandy made landfall nearly a year and a half ago, it brought with it death, tragedy and destruction. Too often the wait for relief and recovery has exacerbated the tragedy of the storm -- a reality NYCHA residents know all too well,” said Mayor de Blasio.  “Now, thanks in large part to the leadership of Senator Schumer, we will much sooner than planned start making the upgrades needed to improve the quality of life for thousands in public housing whose lives are still disrupted by Sandy. These replacement boilers will bring not only reliable hot water and heat water to so many, but essential peace-of-mind."

"On behalf of the more than 400,000 New Yorkers that call NYCHA home, I want to thank Senator Schumer and Mayor de Blasio for their tireless commitment and leadership,” said NYCHA Chair Shola Olatoye. “NYCHA has been working aggressively for a year to tap the financial resources needed to restore our Sandy-damaged buildings. Thank you to our FEMA colleagues for engaging in negotiations and making the commitment to secure the recovery funding we need to begin the work necessary to bring these buildings—these homes—damaged by Sandy up to a state of repair and resiliency.”

Since Superstorm Sandy, sixty boiler systems serving 110 NYCHA buildings have been in a state of disrepair. NYCHA has been spending $3 million per month on temporary boilers. Overall, NYCHA has spent approximately $56 million for 24 temporary boilers at 16 developments. The boilers are in place to provide a replacement to boiler rooms that heat multiple buildings; each mobile boiler is working in place of multiple boilers.

To overcome the bureaucratic hurdles, Schumer organized a sit down meeting with top officials from FEMA and NYCHA, including NYCHA Chairwoman Shola Olatoye, in Washington, D.C. to hammer out a clear path forward. The meeting resulted in an agreement that ultimately cuts through the red tape that had been preventing the funding agreement, and paves the way to expedite boiler replacement for thousands of NYCHA residents.

The agreement is as follows:
1. FEMA has agreed to pay for NYCHA’s cost estimates for boiler replacement so long as they are provided by independent licensed engineers.
2. FEMA will provide full replacement for the boilers, as opposed to repair, provided they meet one of the necessary criteria. The criteria include: boilers have suffered saltwater inundation, boilers are so old that even if repaired they cannot meet current codes or cost of repair is above fifty percent of the cost of replacing the boilers.
3. FEMA has agreed to reimburse NYCHA for the cost of the temporary boilers thus far, relieving the cash strapped agency of additional debt.
4. FEMA will seek to have a funding agreement hammered out and signed early this year, allowing boiler replacement to begin later this year, ahead of the currently projected 2016 start date.

Schumer also previously announced he was pushing New York City’s separate application to FEMA’s Hazard Mitigation Grant program (HMGP). Schumer is pushing for $175 million in federal funding to raise boilers, backup generators and change the way several NYCHA complexes receive their heat and electricity. Schumer today said that he expects NYCHA to receive some type of mitigation funding to raise boilers out of the flood zone.