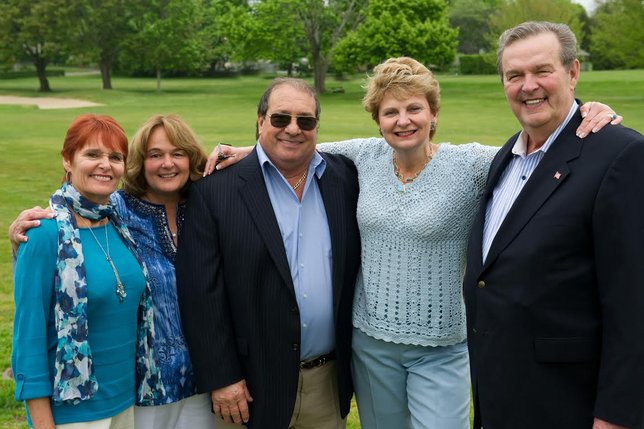 The diverse backgrounds of today’s partners greatly help in effectively running and expanding the business. Bill Claudio Jr. is most proud of his years as a jet fighter pilot for the Air Force, but is equally proud of his Columbia business degree. Bill’s wife, Janice, previously enjoyed a career in commercial lending and marketing. Jerry Tuthill, with the insights gained as a now retired Suffolk county police officer, has helped the Clam Bar and Crabby Jerry’s grow and prosper; while Beatsy Claudio Tuthill, a well-loved retired teacher from Oysterponds, would probably say managing a classroom of kindergarteners is not much different than running a restaurant floor. Kathy Claudio-Wyse had years in east end real estate and office administration. The three Claudio born partners will tell you that they virtually grew up in the restaurant, working after school and summers. It truly has been and still remains an all family business.

The classic will be held at Gardiner’s Bay Country Club, a par 70 private golf course, located on Shelter Island with scenic water views. Highlights of the day include a gourmet lunch, 18 holes of golf with tournament prizes, barbeque at halfway, cocktails and awards buffet. Hole-in-one prizes are courtesy of Strong’s Marine and Mullen Motors.

Title sponsor, Bridge Bancorp, Inc, a New York corporation (NASDAQ:BDGE), is a one bank holding company engaged in commercial banking and financial services through its wholly owned subsidiary, Bridgehampton National Bank. Annual Golf Classic will honor the Claudio Five Corp, anniversary of the business, recognized by for their many years of service to the local community and the Hospital,” states Paul J. Connor III, President/CEO.