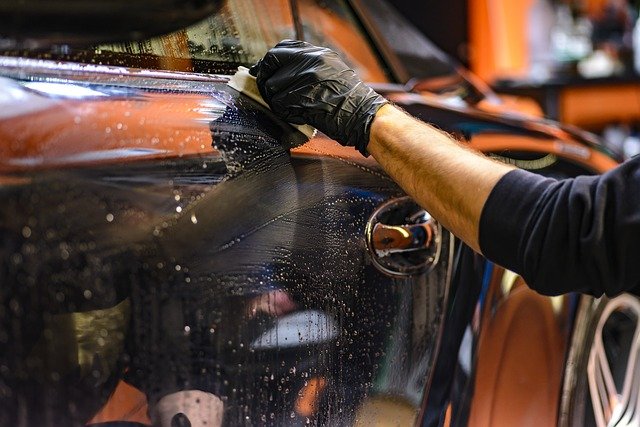 Elmont, NY - March 23, 2017 - Attorney General Eric T. Schneiderman today announced a settlement with FCN Corporation, a company that operated 5 Star Car Wash in Elmont, NY, and its manager Christopher Conte (together, “5 Star”) for underpaying employees, including failing to compensate workers the required minimum wage and overtime pay rates. In the settlement with the Attorney General’s Office, 5 Star agreed to pay $154,951 in restitution to 16 current or former employees.
“It’s simple: hardworking New Yorkers must be paid a fair day’s wage. The conduct of 5 Star was unacceptable and my office will continue to take action against all those who violate the rights of their employees,” said Attorney General Schneiderman.
Between January 1, 2014 and February 2017, 5 Star paid its employees far below the required minimum wage and overtime rate, sometimes paying as low as $6.00 an hour to employees who worked more than 75 hours a week.  5 Star also failed to pay employees one hour’s pay at the basic minimum hourly wage rate for days in which the employees’ workdays exceeded 10 hours, also known as spread of hours pay. 5 Star also failed to keep proper records in accordance with the law.
In addition to paying over $154,000 in restitution, the agreement requires 5 Star to maintain records, in writing, of all employee complaints, provide employees with written notice of employee rights, train supervisors on the requirements of the settlement, and post a notice informing all employees of their rights, including wage and hour laws and the right to be free from retaliation.
During most of the time period covered by the investigation, the applicable minimum wage was between $8.00 and $9.00 per hour.  New York’s minimum wage is currently $10 per hour in Nassau County, and it will increase on December 31, 2017.  Overtime laws require employers to pay covered employees one and one half times an employee’s regular rate for hours worked beyond 40 hours in a given week.
“At a time when exploitative employers are feeling increasingly emboldened by Trump’s hateful rhetoric, it is imperative that our State is taking a strong stance in defense of immigrant workers. Wage theft is a persistent and pervasive problem in New York, particularly in the Carwash industry, with low-road employers cheating their immigrant workers out of millions of dollars in lawful wages and benefits each year. We commend the Attorney General for fighting to recover wages for the workers at Five Star Carwash and for showing employers that this behavior will not be tolerated in New York," said Deb Axt, Co-Executive Director, Make The Road New York.
“There is an epidemic of wage theft in the car wash industry and this shows exactly why we need strong enforcement to protect workers. But it also shows why we need to put an end to the tip credit – so that businesses like this cannot use this loophole to pay workers sub-minimum wages. The restitution the AG prescribes is a victory for these workers. And ending the tip credit will help all car wash workers,” said Stuart Appelbaum, President, Retail, Wholesale and Department Store Union (RWDSU).
Anyone who is aware of a violation of workplace rights in New York State is encouraged to file a complaint with the Office of the Attorney General by filling out a complaint form or by calling the Labor Bureau at (212) 416-8700.
The case was handled by Assistant Attorney General Matthew Ross with the assistance of Data Analysis Intern Ryan Abele, under the supervision of Labor Bureau Civil Enforcement Section Chief Mayur Saxena. The Labor Bureau is led by Bureau Chief ReNika Moore.  The Executive Deputy Attorney General for Social Justice is Alvin Bragg.
The Attorney General investigator working on this case was Brian Metz, under the supervision of Deputy Chief Investigator John McManus.  The Attorney General’s Investigations Bureau is led by Chief Investigator Dominic Zarrella.