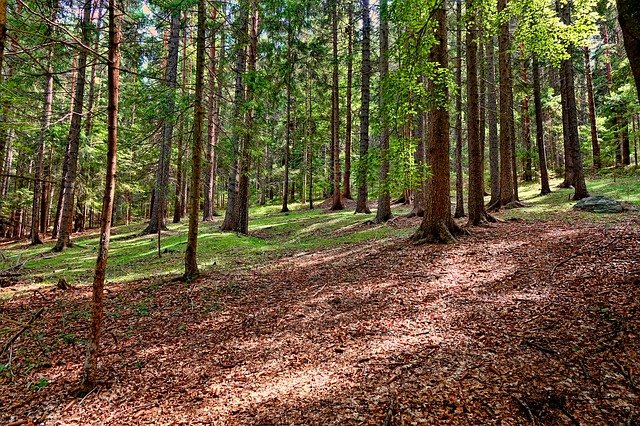 Suffolk County, NY - March 22, 2018 - Attorney General Eric T. Schneiderman today announced a lawsuit against a Suffolk County man over alleged violations of state law protecting the Long Island Central Pine Barrens. The Attorney General charges that John Gergela of Middle Island, NY violated New York’s Long Island Pine Barrens Protection Act when he engaged in clearing, grading, and excavation actions prohibited by the Act on lands within the Pine Barren’s Core Preservation Area.
“Long Island’s Central Pine Barrens are one of New York’s crown jewels, home to thousands of plant and animal species – and essential to preserving clean, healthy drinking water for millions of Long Island residents,” Attorney General Schneiderman said. “My office will continue to aggressively enforce New York’s environmental protection laws to ensure that our essential, irreplaceable natural resources are preserved for future generations.”
In 1993, the New York adopted the Long Island Central Pine Barrens Protection Act, landmark legislation designed to safeguard the Pine Barrens’ ecological, recreational, and economic values. The state law established the Central Pine Barrens Joint Planning and Policy Commission to create and oversee a comprehensive land use plan for the Pine Barrens. Land use regulations adopted and enforced by the Commission designate 55,000 acres of the Pine Barrens as “Core Preservation Area.”
The suit alleges that in April 2017, a part of Gergela’s property and an adjacent parcel owned and designated by Suffolk County as parkland – both located within the Core Preservation Area – were observed to have recently been cleared of trees and other native vegetation. Subsequent visits revealed grading and excavation activities on both parcels, as well as piles of debris consisting of trees, tree stumps, and soil. Gergela had not sought or been granted a “hardship exemption” by the Commission to engage in the clearing, grading, and excavation activities observed on the parcels. According to the Act, any entity wishing to engage in development activities – defined by the law and including clearing, excavation, and construction – in the Core Preservation Area must apply for and receive an “extraordinary hardship waiver” from the Commission before undertaking such activities. Further, a conservation easement on the Gergela property that was granted to the Commission in 2003 expressly and permanently forbids “construction activity, alteration of vegetation or change in topography” as well as “development” of the property.”
Attorney General Schneiderman’s suit asks the court to direct Gergela to cease any further clearing, excavation, grading, or development activities on either parcel, and to restore both parcels to pre-violation conditions by implementing a restoration plan prepared and overseen by the Commission. The suit also seeks civil penalties for violating the Act and the comprehensive land use plan.  The Act allows for a civil penalty of up to $25,000 for each violation, plus an additional penalty of up to $1,000 per day for each day each violation continues.
The Long Island Central Pine Barrens, so-named due to its abundance of pine trees and the infertility of its sandy soil, is a more than 100,000-acre natural area located in Suffolk County. According to the Long Island Pine Barrens Society, the area boasts New York’s greatest diversity of plant and animal species, many of which are endangered or threatened.  The Pine Barrens also overlies and recharges a portion of Long Island’s federally-designated sole source aquifer, helping to protect and purify Long Island's drinking water supply.
“I applaud Attorney General Schneiderman for taking swift action to protect and preserve Long Island’s largest natural protected region,” said Suffolk County Executive Steve Bellone.
“The integrity of the Long Island Pine Barrens is critical to the protection of our island’s drinking water aquifers and the many rare plant and animal species that reside in this oldest forest in the state.  Attorney General Schneiderman’ s actions to defend the Pine Barrens Core Preservation Area from illegal tree cutting and land clearing and order its restoration are crucial to the protection of the entire ecosystem. We applaud his effort to bring suit over violations of the Pine Barrens Protection Act,” said Assemblyman Steve Englebright, Chair of the Committee on Environmental Conservation.
“The Pine Barrens were preserved to protect the quality of Long Islanders’ drinking water and their very special ecology.  Those who violate the Pine Barrens Protect Act must be held fully accountable.  We thank Attorney General Schneiderman to taking this action and helping to ensure the protection of this truly unparalleled natural resource,” said Richard Amper, Executive Director, Long Island Pine Barrens Society.
“We applaud Attorney General Schneiderman’s action. Those who violate the Long Island Pine Barrens Protection Act are degrading a tremendous public resource and should pay a price. We hope and expect that a resolution to this case will deter other potential violators from despoiling this beautiful region,” said John Pavacic, Executive Director, Central Pine Barrens Joint Planning and Policy Commission.
“The public has demonstrated unwavering support for the core preservation area of the Long Island’s Pine Barrens Region. Landowners who violate this preservation effort are not only breaking the law but also inflicting irreversible damage to an essential public resource. We are grateful that Attorney General Schneiderman will take action and send a message loud and clear that landowners in the core must adhere to the law and preserve this critical water recharge area. Now more than ever, we need strong environmental leaders in elected office,” said Adrienne Esposito, Executive Director of Citizens Campaign for the Environment.
This case is being handed by Assistant Attorney General Abigail E. Rosner and General Litigation Section Chief Norman Spiegel. The Environmental Protection Bureau is led by Lemuel M. Srolovic and is part of the Division of Social Justice, which is led by Executive Deputy Attorney General for Social Justice Matthew Colangelo.