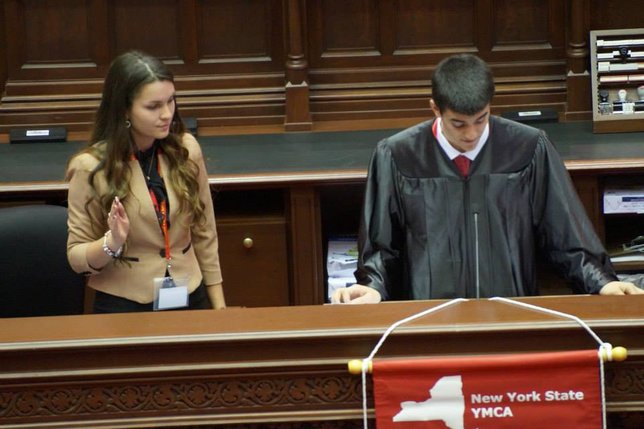 Albany, NY - March 21st, 2014 - The William Floyd High School Youth & Government Club has once again flexed its muscles at the 78th annual New York State YMCA Youth & Government annual conference held earlier this month in Albany where, for the second consecutive year, William Floyd took eight of the 12 presiding officer positions including the governorship and won myriad awards. Each March more than 600 students from schools across New York State descend on the state capital and engage in a simulated government in the actual legislative chambers.

“Year after year, William Floyd students outperform their competition to take the top positions and win the most awards at the Youth & Government conference,” said Paul Casciano, Superintendent, William Floyd School District. “Not only is it a credit to them, their hard work, dedication and preparation; it is also a credit to their advisors, Robert Feeney and Patricia Costell, who train and mentor these future leaders.”