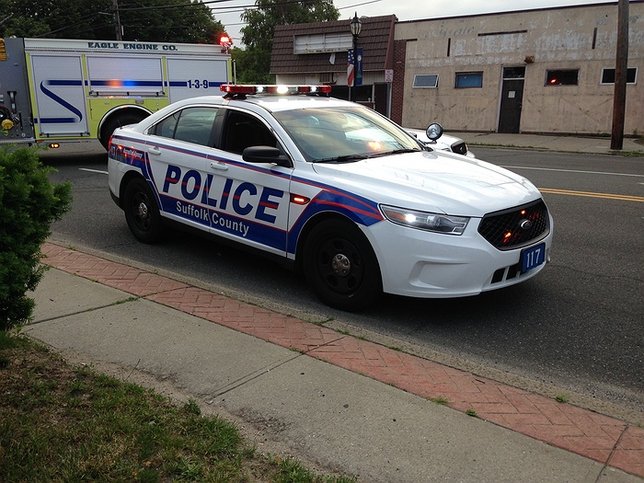 SCPD arrested Gerry White, 45, a Wheatley Heights man, after he allegedly inappropriately touched a child at a Huntington Station supermarket on Sunday, March 19.

Huntington Station, NY - March 20, 2017 - Suffolk County Police arrested a Wheatley Heights man, who is employed as a teacher, after he inappropriately touched a child at a Huntington Station supermarket on Sunday, March 19, 2017 at approximately 9:30 p.m.
A man followed a woman and her three children while inside C-Town Supermarket, located at 1662 New York Ave., using vulgar language before touching the woman’s 9-year-old daughter on her leg and upper thigh on March 13.
Following an investigation by Second Precinct Crime Section officers, Gerry White, 45, was arrested at his home on March 19. He was charged with Unlawfully Dealing with a Child and held overnight for arraignment today at First District Court in Central Islip.
White teaches math and science at Upper Room Christian School in Dix Hills and owns EZPZ Solutions, a child education business.
Police are asking anyone who believes they may be a victim of White to call 911 or the Second Precinct Crime Section at 631-854-8226.
A criminal charge is an accusation. A defendant is presumed innocent until and unless proven guilty.