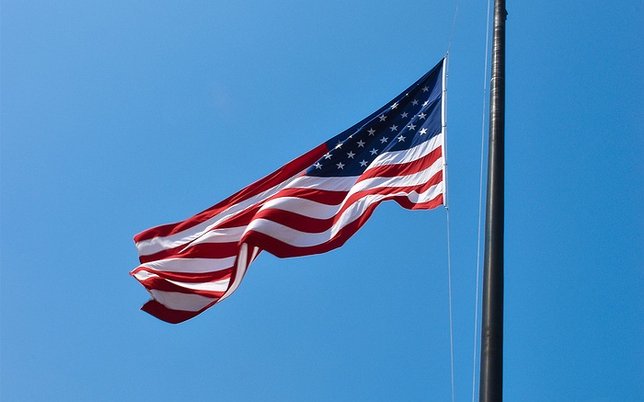 Albany, NY - March 19, 2018 - Governor Andrew M. Cuomo today directed that flags on all state government buildings be flown at half-staff on Monday, March 19 to honor the four New York National Guard members who were killed when a helicopter they were flying crashed in Iraq on Thursday, March 15, 2018.
"On behalf of all New Yorkers, I extend my deepest condolences to the friends and family of these courageous New York National Guard members," Governor Cuomo said. "We join their loved ones and fellow service members in honoring the sacrifice they have made, so that others may live free in New York and across the entire nation."
The four New York Air National Guard members, assigned to the 106th Rescue Wing, were stationed at F.S. Gabreski Air National Guard Base in Westhampton Beach. The service members were killed, along with three others, when their HH-60 Pave Hawk rescue helicopter crashed near the city of Qaim in Iraq. There is no evidence of enemy action involved in the crash and the incident is under investigation, according to the Department of Defense.
Members of the New York National Guard killed in the crash were:
The 106th Rescue Wing specializes in air, land and sea rescue of pilots and other military personnel. The 106th Rescue Wing personnel were operating in support of Operation Inherent Resolve, the American led coalition operation to defeat ISIS in Iraq and Syria.
"It is with great sadness that I report the loss of four of our wing members," said Col. Michael Bank, the commander of the 106th Rescue Wing. "All four of these heroes served their nation and community. Our sincerest condolences and sympathies to the families and friends that have been touched by this tragic event."
"Our National Guard family mourns the loss of the seven combat search and rescue Airmen in the HH-60 crash, including four members from the 106th Rescue Wing," said Major General Anthony German, the Adjutant General of New York. "This loss reminds us of the tremendous risks we take in serving our nation every day. We honor their service, their professionalism, and their sacrifice as we mourn their loss."