The Statue of Liberty to Reopen In Time for Independence Day

After Hurricane Sandy took a steep toll on Liberty Island, repairs are expected to have it reopened in time to celebrate the 4th of July. 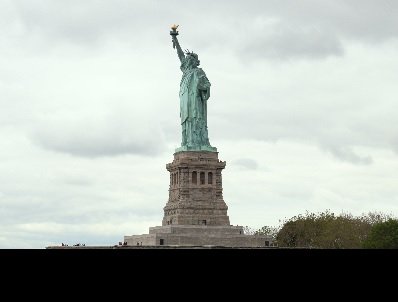 Lady Liberty herself has weathered many a storm over the years, but the land on which she stands was absolutely devastated by Superstorm Sandy. A massive storm surged flooded Liberty Island as docks and pathways were torn asunder, and the island’s utilities and power systems were destroyed as three quarters of the land became submerged.

Now the National Park Service plans to have Liberty Island up and running no later than the 4th of July. Secretary Salazar said “we are fully committed to reopening this crown jewel as soon as it's safe for visitors and not a second later,” though Charles Schumer evidently enjoys the poetry of reopening the Statue of Liberty to the public on Independence Day. “July Fourth is the perfect day to reopen a symbol of our nation's freedom, and speaks volumes about New York's resilience.”

Opening the statue again will be more than a testament to the resiliency of New York, however; it will also provide a great deal of revenue for state. 3.7 million people visited the tourist attraction when it was last open for a full year in 2011, generating $174 million in economic activity and helping to employ 2,218 workers.

Repairs to the docks damaged by Sandy are ongoing, but will near completion in the coming months. “I fully expect that once again we will meet the July 4th deadline to reopen Lady Liberty, thanks to the commitment and hard work of the National Park Service staff, the Department of Transportation, and our many local and state partners,” said Salazar.