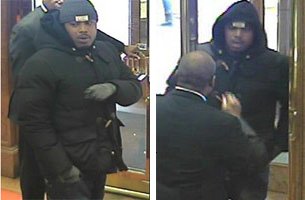 New York, NY - March 18, 2014 - Ralik Hansen has been charged in the brazen midday robbery of Cartier in midtown Manhattan on January 30, 2014, and is being sought by the Federal Bureau of Investigation and the New York City Police Department. Hansen is wanted for his participation in at least two other robberies in New Jersey and Virginia.
Hansen is a black male, 6’1’’ tall, approximately 205 pounds, and 28 years old. He was last seen with a shaved head and has noticeable scars on his left wrist and left elbow.
He is known to frequent several locations in Brooklyn and is commonly referred to “Rahlik” or “Rah.” Hansen is a member of a violent interstate robbery crew from Brooklyn and has family in the state of Georgia and the county of Panama.
A significant reward is available for a tip that results in an arrest. Anyone with information is asked to call the FBI at 212-384-1000. Tipsters may remain anonymous.
Hansen should be considered armed and extremely dangerous.