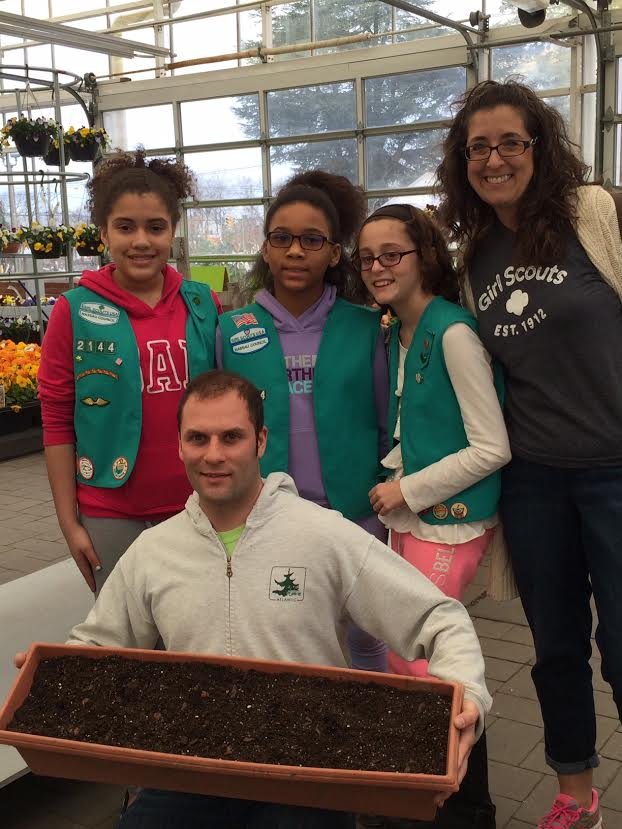 The "Tree Tweens" as they named themselves are working toward their Bronze Award where they will plant 60 tree saplings at Baldwin Park on April 30, the day after Arbor Day.

John Meyer, the staff horticulturist planted acorns with the girls and educated them about the different varieties of tree saplings that they will be planting.