Construction is expected to start this spring. 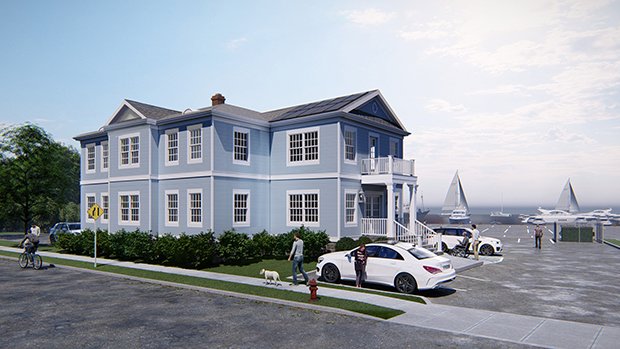 The Port Jefferson Village Planning Board voted to grant conditional approval of plans to build a new office building for the Bridgeport & Port Jefferson Steamboat Company (aka The Port Jefferson Ferry). The new building will replace a vacant one-story former Water Authority building on the site. The structure also once served as a bank, with the bank vault still inside the structure.

A post on the Port Jefferson Facebook page said that revisions to the plans were made based on recommendations from the village’s Architectural Review Committee.

“The Ferry Company will continue to work with the building department for both their demolition and building permits to commence construction this spring and summer,” the post said.

Previously, The Crest Group - current owners of Danford's Hotel & Marina in Port Jefferson - had purchased the building site with plans to open a restaurant. That idea never materialized and the building at 116 West Broadway was sold to the ferry company in 2018.

The new office building will also allow the company to eventually create more space near the dock for vehicles queuing up to get on the ferry.