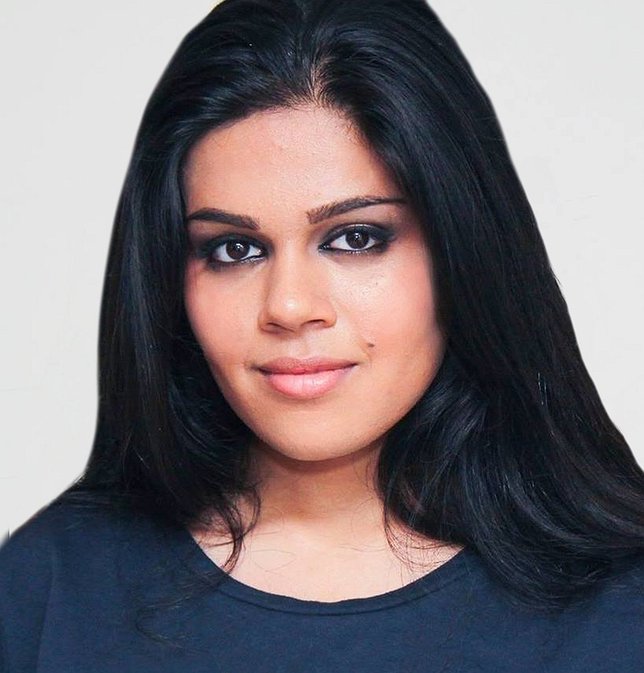 Farmingdale, NY - March 16th, 2016 - The Chancellor’s Award for Student Excellence, one of the highest honors given to college students by the State University of New York, has been awarded to Commack resident Kinza Nadeem Kasher at Farmingdale State College.

The Chancellor’s Award is presented to those who have best demonstrated and been recognized for their integration of academic excellence with other aspects of their lives, such as leadership, campus involvement, athletics, career achievement, community service, or creative and performing arts.

Kinza is scheduled to graduate from Farmingdale this spring, with a Bachelor of Technology degree in Visual Communications, and a BS in Bioscience.

She has been named to both the President’s and Dean’s lists during her entire career at Farmingdale.  She also serves as a Rambassador, a student group that works to increase student recruitment and support Farmingdale’s marketing efforts.

Kinza is also a freelance graphic designer/photographer whose work has been exhibited at the Babylon Arts Festival and the art gallery at Farmingdale.  Her volunteer activities include helping raise funds for the American Cancer Society for breast cancer awareness; working with the National Multiple Sclerosis Society; and assisting families in Long Island’s Haitian-American community.

Located an hour east of Manhattan, the campus offers residential halls, a lush 380-acre campus undergoing major renovation, and a highly successful NCAA Division III athletics program with modern facilities to make FSC one of the fastest-growing colleges in the region.

In addition, in 2015, 2014 and 2013, FSC was listed one of the best colleges in the North and in 2013 FSC was the only SUNY school (and the only LI school) listed in the LEAST debt category in the section titled Student Debt Load at Graduation for regional colleges in the north. In 2015 UniversityPrimeTime.com again listed FSC the fifth safest college in the nation. To keep up with the latest at Farmingdale College, follow them on Facebook.