The Long Island Music Hall of Fame is excited to announce the opening of nominations for our 2015 Music Educator of Note Award, recognizing outstanding achievement in Long Island music education. 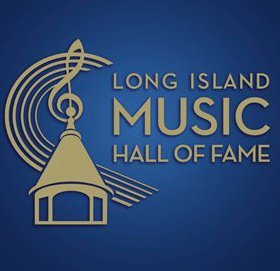 Port Jefferson, NY - March 16, 2015 - The Long Island Music Hall of Fame is excited to announce the opening of nominations for our 2015 Music Educator of Note Award, recognizing outstanding achievement in Long Island music education.  Our awardees have been Herbert Deutsch, 2007; John McNeur, 2008; Joseph R. Sugar, 2009; Laurence Ballereau, 2010; Robert W. Krueger, 2011; William Katz, 2012; Steven E. Schopp, 2013 and Dr. David Fryling, 2014.  More information about the awardees can be found at www.limusichalloffame.org/education/educator-of-note/.
Recognizing that education is the key to the development of musicians, LIMHof is interested in celebrating the work of those who allow young people to explore their talents.  The recipient of the Music Educator of Note Award will be an individual who has worked with children in public, private or regional programs.  All educator, parent and student nominations for an outstanding music educator are welcome.  LIMHoF is particularly interested in applications from teachers affiliated with institutions of higher education on Long Island.
This organization is dedicated to the idea that our musical heritage is an important resource to be celebrated and preserved by future generations.  The Long Island Music Hall of Fame has inducted more than 100 artists of many genres including Billy Joel, Tony Bennett, Joan Jett, Cyndi Lauper, Run-DMC, Kenny Vance, Jean Richie, Louis Armstrong, Stanley Drucker, Oscar Brand and Donnie McClurkin.
Paramount to the organization’s success is its Educational Program.  LIMHoF has awarded thousands of dollars in music scholarships to graduating students who have shown an interest in pursuing a music career.  In addition, the future LIMHoF museum and resource center will endeavor to satisfy the NY State Educational core curriculum and be open to Long Island schools to supplement and enhance their current music programs.
The application for 2015 Educator of Note can be found at www.limusichalloffame.org. All nominations must be received by May 30, 2015.  All previous nominees are eligible for consideration, and past applications will be reviewed.  Successful nominees will receive a Certificate of Merit from the Long Island Music Hall of Fame.
The Long Island Music Hall of Fame is a 501(c)(3) museum and education-based organization dedicated to the celebration and preservation of Long Island’s diverse musical heritage, which includes Queens, Kings (Brooklyn), Nassau and Suffolk Counties.