A defective fuel pump strainer has put the vehicles at an increased risk of fire. 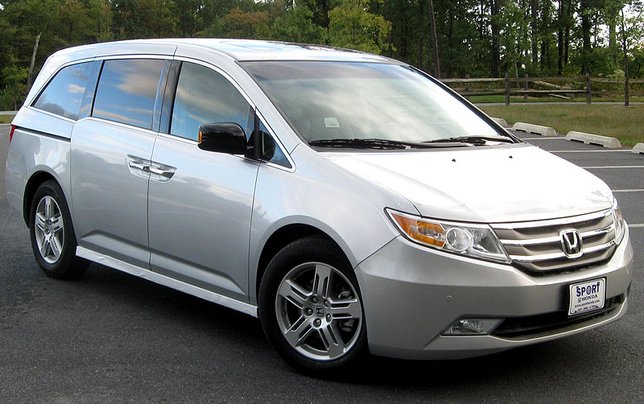 Minivans have a reputation for being safe, family-oriented vehicles, but owners of the Honda Odyssey will likely want to contact the auto manufacturer before they next put their kids in the car.

In a report received by the National Highway Traffic Safety Administration on Friday, Honda said that Odyssey minivans from model years 2005-2010—a total of 886,815 vehicles—are at risk due to a faulty fuel pump strainer.

The strainer, manufactured by Denso, can deteriorate or crack after exposure to high temperatures or acidic chemicals such as those found in car washes, fertilizers, and dust control agents. Once corroded, the strainer could leak fuel and become a potential fire hazard, though Honda states it has not yet received reports of any such fires or injuries actually occurring.

Honda says it plans to begin notifying dealers of the defect this month and will send letters to Odyssey owners between April 21 and May 9, but will not be able to immediately fix the defective fuel pump strainers.

“Due to the large volume of new parts needed to repair affected vehicles, the necessary parts will not be available until the summer of 2014,” the company stated. “As a result, owners will be informed of the potential existence of the defect in an initial notification letter. A second notification letter will be sent to inform owners when parts become available.”

In the interim, customers who are already experiencing a leak will be sent a replacement cover from existing stock to keep the vehicles running safely until such time as Honda is able to obtain and install new parts. To date, Honda has received just 187 warranty claims regarding the issue.