A.G. Eric T. Schneiderman announced the indictment of 12 alleged members of a massive criminal theft and fencing ring that infiltrated NY and 27 other states across the country – marking one of the largest-ever ... 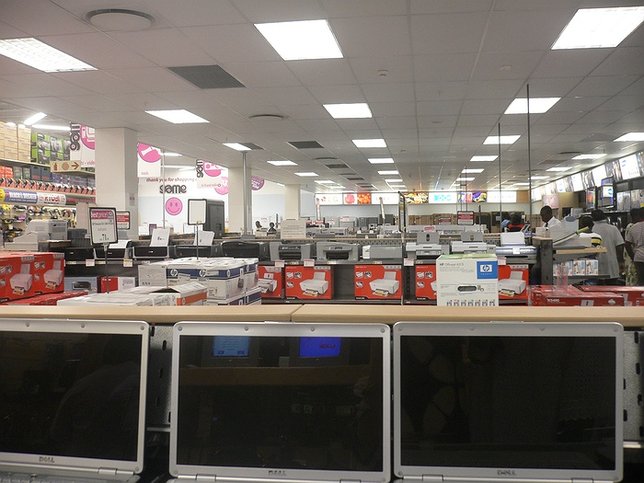 New York, NY - March 15, 2017 - Attorney General Eric T. Schneiderman today announced the indictment of 12 alleged members of a massive criminal theft and fencing ring that infiltrated New York and 27 other states across the country – marking one of the largest-ever busts of a retail theft ring. A 41-count indictment, unsealed in New York Supreme Court today, charged the 12 alleged co-conspirators with enterprise corruption, money laundering, criminal possession of stolen property and conspiracy. If convicted, each of the defendants face between 8 to 25 years behind bars.

Through electronic and physical surveillance, as well as analysis of financial records in conjunction with other investigative tools, the Attorney General’s investigation alleges that Rimbaugh has been directing theft crews and reselling stolen merchandise for over 20 years. The crews are charged with stealing millions of dollars in merchandise – including electronic goods and printer cartridges – from Staples, Office Depot, BestBuy, and other retailers across 28 states. Since 2012 alone, the ring has sold more than $12 million of stolen goods via Amazon and eBay internet marketplace.

“As we allege, this brazen ring of criminals methodically stole millions from stores across 28 states – resulting in one of the largest-ever busts of a retail theft ring,” said Attorney General Schneiderman. “Retail theft is becoming increasingly organized, with crime rings preying on businesses and creating a vicious cycle that ultimately harms consumers, when the costs are passed on in the form of higher prices. But these thieves are now on notice: we won’t hesitate to pursue retail theft and prosecute these cases to the fullest extent of the law.”

State Police Superintendent George P. Beach II said, "Through this collaborative investigation, we have uncovered a highly organized, national theft operation that was responsible for stealing millions of dollars in merchandise, victimizing both retailers and the public. I want to commend the outstanding work of the State Police Special Investigation Unit and the Attorney General's Office for the hard work that led to the arrests in this case."

As alleged, Rimbaugh, known to members of the enterprise as the “General”, instructed several theft crews to steal specific printer ink cartridges, computer software, and other consumer retail electronics based on his ability to resell those stolen goods on Amazon and eBay.

As further alleged, the investigation revealed that George Athanasatos, referred to by members of the enterprise as “Field Marshall,” reported directly to Rimbaugh and was the manager of three of the four theft crews that delivered stolen merchandise to Rimbaugh.  Athanasatos allegedly managed the day-to-day operations of these three theft crews and received a percentage of the total amount of money that Rimbaugh would pay the crew for their stolen merchandise. Rimbaugh and Athanasatos dispatched the three theft crews on missions to various regions across the country and remotely managed their progress during each undertaking, which took place on a weekly basis.

In addition to advising the shoplifters, Athanasatos allegedly provided the groups with coded maps detailing target retail locations, such as Staples, Office Depot, and BestBuy.  He is also accused of providing members of the theft crews with “booster” gear, such as custom-made vests known as “bazookas.” When worn underneath regular clothing, “bazookas” can conceal large amounts of merchandise while inside of the stores. When departing the stores, the crews allegedly used “kryptonite” devices to deactivate security alarms at store exits, as well as short-wave radios, which made it easier for the crews to eavesdrop on store security in order to warn one another about the presence of security or law enforcement.  Multiple anti-security devices, such as “kryptonite”, Alpha Keys, and Spider Wraps, were seized from Athanasatos’ residence during the execution of a search warrant.

Rimbaugh and Athanasatos’s alleged theft crews each consisted of two or three members, who each had specified roles: “Captain,” “Lieutenant,” or “Sergeant.”  The “Captain” served as the crew leader and was responsible for managing and directing the “Lieutenant” and the “Sergeant” while on a mission.  The crews systematically traveled across the country, at the direction of Rimbaugh and Athanasatos, who issued credit cards to the crews to cover expenses such as flights, car rentals, and hotels.

Prosecutors allege that the crews often executed a series of retail thefts on a daily basis and then shipped the stolen merchandise to Rimbaugh at his New York City apartment, where he prepared the merchandise for sale on Amazon and eBay. In fact, when the Attorney General’s office was executing its search warrant on Rimbaugh’s home, five packages of stolen merchandise arrived.

During the course of the investigation, OCTF investigators tracked the movements of the theft crews, monitored their shipments of stolen goods to Rimbaugh, and obtained numerous surveillance videos of the theft crews while stealing merchandise from retail stores across the country.

The indictment, unsealed before New York Supreme Court Justice Maxwell Wiley, charged the following individuals with enterprise corruption and other crimes in relation to their involvement in the organized retail theft and fencing enterprise. Each defendant, if convicted, faces between 8 and 25 years in prison.

Members of the criminal enterprise are set to be arraigned before New York Supreme Court Justice Maxwell Wiley beginning today.

This investigation also uncovered that Athanasatos was involved in an alleged welfare fraud conspiracy with Anna Candanedo, in which Athanasatos filed false documentation with the Nassau County Department of Social Services in order to facilitate Candanedo’s illicit receipt of housing benefits.

Athanasatos and Candanedo were named on a separate indictment in Nassau County for charges including forgery, possession of a forged instrument, offering a false instrument for filling, falsifying business records, larceny, welfare fraud, and conspiracy to commit those crimes. If convicted, each of the defendants faces up to 21 years behind bars. The indictment, unsealed before Nassau County Supreme Court Justice David Sullivan, charged the following individuals with the aforesaid crimes, in relation to their involvement in the welfare fraud conspiracy. The defendants are set to be arraigned before Nassau County Supreme Court Justice David Sullivan beginning today.