On Mar. 2, ECOs Rob Howe and Mike Unger responded to a location in Freeport at the request of the Nassau County Fire Marshal. 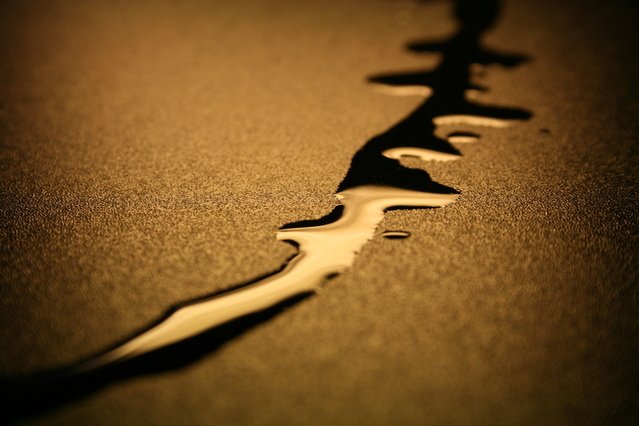 Freeport, NY - March 15, 2017 - On Mar. 2, ECOs Rob Howe and Mike Unger responded to a location in Freeport at the request of the Nassau County Fire Marshal. The site is home to several businesses, including an auto body shop and an auto repair business. The ECOs found multiple containers of waste oil leaking into the ground and open buckets of waste oil that had the potential to be released into the environment.

The waste oil was not properly contained on concrete slabs and was leaking directly into the soil, potentially contaminating ground water. The ECOs also found that the auto body business had been painting cars without proper ventilation and without the required DEC air quality permit. Painting cars without proper ventilation and filtering allows hazardous paint fumes to be released directly into the environment.

The individuals responsible for the violations were charged with the improper disposal of waste oil, polluting state waters in contravention of standards, depositing a noisome or unwholesome substance on or near a highway, and operating an air contaminate source without a permit. The case is pending in the First District Nassau County Court.