Guinness has joined Sam Adams and Heineken in leaving major St. Patrick's Day Parades in protest of the organizers' policies on LGBT participants. 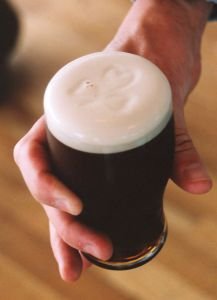 Update – March 17, 2014 – Irish stout producer Guinness has announced its decision to cease participation on the New York City St. Patrick’s Day Parade as well. After Sam Adams and Heineken chose to pull their sponsorship from parades in New York and Boston for discriminatory polices that prohibit gay participants from marching openly in either parade. While gay people are not outright banned from either event, organizers prohibit the wearing of clothing or use of signage that might identify marchers as members of the LGBT community.

“Guinness has a strong history of supporting diversity and being an advocate for equality for all,” the company said in a statement released late Sunday night. “We were hopeful that the policy of exclusion would be reversed for this year’s parade. As this has not come to pass, Guinness has withdrawn its participation. We will continue to work with community leaders to ensure that future parades have an inclusionary policy.”

Original Story – March 15, 2014 – Two major beer producers have announced that they will be pulling their support from two of the US’ largest St. Patrick’s Day Celebrations. Samuel Adams, a product of the Boston Beer Company, has chosen to no longer sponsor Boston’s parade on Sunday, and Heineken will no longer be sponsoring Monday’s parade in New York City.

Both companies cited concerns over the parades’ organizers stance on the LGBT community, and policies that would not allow participants in the parades to wear clothing or carry signs identifying themselves as homosexual.

“We believe in equality for all,” a Heineken USA spokeswoman said after the company announced its decision.

“We were hopeful an agreement could be reached to allow everyone, regardless of orientation, to participate in this parade. However, given the current status of the negotiations, this may not be possible,” Boston Beer said in a statement issued yesterday.

“To our surprise, the offer was rejected by Mass Equality’s representative Kara Coredini,” the Council said in a statement. “Her rejection was based on the fact that we would not allow LGBT Veterans to identify themselves as openly Gay by means of signage and T Shirts Identifying Them as LGBT Veteran. This clearly violates our code of conduct.”

The Council went on to state that only one of the twenty people who wished to march was a veteran, and that it would not approve of the other marchers carrying rainbow flags as they intended.

“It is our intention to keep this parade a family friendly event,” the Council said. “We will not allow any group to damage the Integrity of the historic event or our reputation as a safe and fun filled day for all.”

The barring of gays from participating openly in either parade has led New York Mayor de Blasio to boycott his cities event as well, and Boston Mayor Walsh says he will make one last effort to achieve a resolution before he decides whether to participate.

“We share these sentiments with Mayor Walsh… and others and therefore we will not participate in this year’s parade,” Boston Beer Company said in its statement. “We will continue to support Senator Linda Dorcena Forry and her St. Patrick’s Day breakfast.”