The Fifth Squad reports the details of five (5) arrests for Attempted Robbery that occurred on Friday, March 11, 2016 at 7:00 pm in Franklin Square. 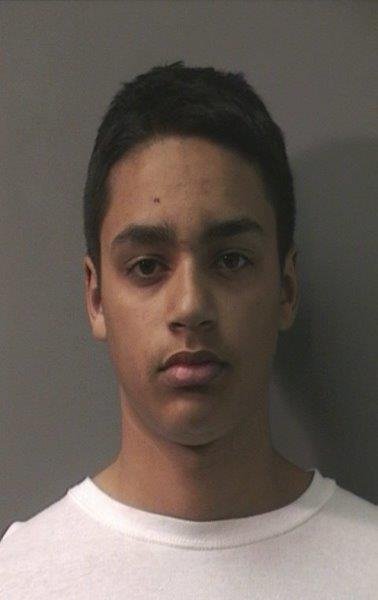 Defendant Robert Fragoso was charged with Attempted Robbery and was arraigned on Saturday, March 12, 2016 at First District Court, Hempstead.

Franklin Square, NY - March 14th, 2016 - The Fifth Squad reports the details of five (5) arrests for Attempted Robbery that occurred on Friday, March 11, 2016 at 7:00 pm in Franklin Square.
According to detectives, a male victim, 15, was walking near the corner of Semton Boulevard and Hempstead Turnpike, when he was approached from behind by a group of unknown male subjects. The subjects forcibly threw the victim to the ground, demanded money and began hitting him about the head.
The subjects then searched the victim pockets, but after finding no money fled the scene on bikes and on foot westbound Hempstead Turnpike. The victim returned home and called the police. He refused medical attention. There were no proceeds.
While on routine patrol two (2) Fifth Precinct Officers observed five (5) male subjects fitting the description of the above subjects on the corner of Lexington Avenue and Hempstead Turnpike. A subsequent investigation led to the arrest of Robert Fragoso, 16, of Oak Street, West Hempstead, Justin Johnson, 16, of Eagle Avenue, West Hempstead, Paul Tribie, 16, of Lenox Drive, West Hempstead and two (2) fifteen year old male juveniles.
It was discovered that the two (2) 15 year old juvenile defendants had in their possession a Vipertex stun gun and a gravity knife.
Defendants Fragoso, Johnson and Tribie are being charged with Attempted Robbery and will be arraigned on Saturday, March 12, 2016 at First District Court, Hempstead. The two juvenile defendants are being charged with Attempted Robbery and Criminal Possession of a Weapon 4th Degree.
They will be arraigned at Nassau County Family Court on Saturday, March 12, 2016.