The First Squad reports the arrests of two Freeport men for Attempted Murder that occurred in Freeport on Tuesday, February 4, 2014 at 1:10 pm. 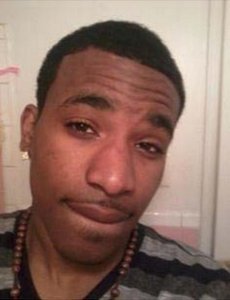 Freeport, NY - March 14th, 2014 - The First Squad reports the arrests of two Freeport men for Attempted Murder that occurred in Freeport on Tuesday, February 4, 2014 at 1:10 pm.

According to detectives, on February 4, 2014 at 1:10 pm Freeport Police Officers responded to Randall Avenue near Wallace Street for a shooting. When Police arrived they observed a 23 year old male victim that had sustained gunshot wounds and bleeding from his abdomen. The victim was transported to a nearby hospital by a Nassau County Police Ambulance and treated for his injuries. Four .380 caliber shell casings were found at the scene including a fifth shell casing found in the victim’s clothing. A subsequent investigation revealed that defendant James Tobin, 23, of 64 Robert Street did act in consort with defendant Ali Jones, 20, of 30 Wallace Street Apt 4c, and intended to cause the death of the victim.

On February 5, 2014 at 7:15 pm First Squad Detectives along with Freeport Police Detectives responded to defendant James Tobin’s residence and placed him into police custody. There were no injuries reported.

On March 13, 2014 at 3:20 pm First Squad Detectives were able to locate Ali Jones in Roosevelt and place him into police custody without incident. No injuries reported.