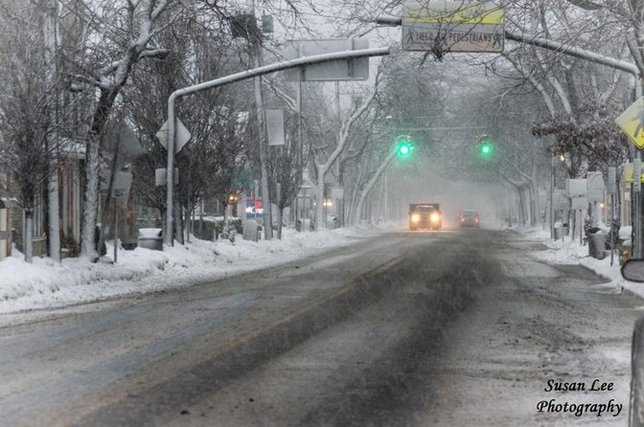 Update - March 13, 2017 - The current weather system is shifting further west, which will likely lead to a mix of snow, sleet, and rain throughout the night and well into Tuesday, March 14. There remains the strong possibility of roughly 13 inches of snow, but with the added hazards of rain and ice. Strong winds and coastal flooding are anticipated.

The National Weather Service predicts the snow will begin falling in earnest around 1:00 a.m., and turn into a wintry mix around 10:00 a.m.

Islip, NY - March 13, 2017 - Islip Town employees are currently finalizing preparations for the expected major winter storm that will arrive later tonight. Blizzard conditions are expected, with wind gusts of up to 50mph and coastal flooding during high tide periods. Forecasters are calling for 12-18 inches of snowfall, with the possibility of rain and sleet adding to the treacherous conditions.

During the weekend the Town replenished its stock of road salt, acquiring 700 tons of material to distribute throughout road-clearing operations. Crews have already been treating the roadways with salt in anticipation of the severe weather. Town officials would like to once again remind residents that it is illegal to park cars on the streets during a snow emergency. Vehicles left on the street during a snow storm impede plowing operations and block emergency crews during critical situations.

“Our team has been preparing for this storm since last week, and our resources, at all levels, are in place” said Supervisor Angie Carpenter. We strongly urge residents to keep their cars off of the roadways, and retrieve garbage cans from today’s collections, so that plows can achieve the best outcome curb-to-curb. We are also asking residents to stay home, unless driving is essential. Our crews will be out in force, for the duration of the storm.”

“Town of Islip crews have been out today brining our roadways. We’re assessing our equipment, contacting our contractors, and meeting with our supervisory staff to determine our strategy. Each storm has its own unique traits. We will evaluate the conditions and execute a plan that will ensure the most effective outcome from winter storm Stella,” said Tom Owens, Commissioner of Islip’s Department of Public Works.

The Town is also announcing the following cancellations:

Residents can access information on this storm and flood-watch tools by visiting www.islipny.gov. Property owners can find information that is specific to their address, and determine if they reside in a flood-prone area.