The popular membership program for the web’s biggest retailer will soon see a 25% jump in price. 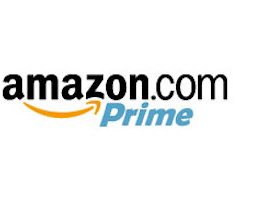 For nine years, loyal customers of Amazon.com have been enjoying the online retailer’s Prime membership at a consistent price of $79 per year. The program allows those who shop with Amazon to receive free two-day shipping on any purchase of items fulfilled through the company itself—a list of items that began around one million when Prime rolled out in 2005 and has since grown to twenty million.

In an email sent out to customers earlier today, however, Amazon announced that it would be increasing the cost of membership for the first time since Prime began to $99 annually. Customers participating in the Amazon Student program will see a comparable rise from $40 to $50 as well.

The message attributed the rise in fees to the increasing price of doing business—namely higher fuel and shipping costs which directly impact how much Amazon spends on sending out packages.

“Even as fuel and transportation costs have increased, the price of Prime has remained the same for nine years,” the email read.

Amazon also pointed to a variety of services included with Prime membership that did not exist when the program began in 2005. In addition to the extra nineteen million items now eligible for free shipping, the company has started its own video streaming service dubbed Prime Instant Video which offers a collection of a 40,000 movies and TV episodes available for unlimited streaming, and the Kindle Owner’s Lending Library which lets readers check out one of over 500,000 e-books to borrow each month. Both services come at no further charge for Prime members.

The hike in price does not come as a surprise—shipping expenses have undeniably risen over the past decade, and the company had previously mentioned a possible rise in cost as high as $40 earlier in the year—though some customers have still taken to social media to voice their discontent with the new price of Prime.

As a consolation, anyone who starts a trial-run of Prime within the next week will be able to lock in the old price of $79 for their first year of membership. No mention was made of whether the 25% price jump would include any drone delivery incentives.