Officers responded to a 911 call about a mother in labor in her car. 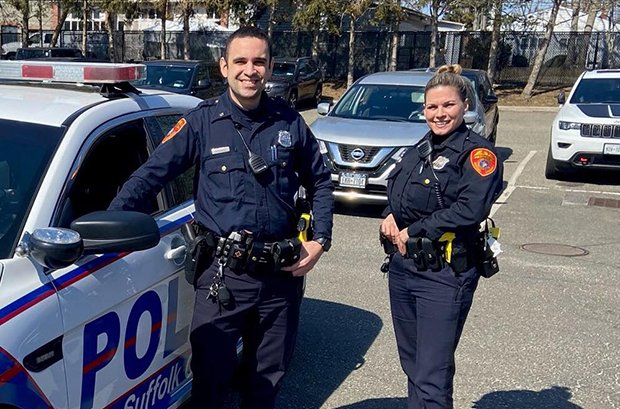 When Nicole Gonzalez went into labor in her family car on the way to the hospital early in the morning, two Suffolk County Police officers arrived on the scene to help her deliver a baby girl.

Police Officers Danielle Congedo and Daniel Rosado responded to a 911 call around 7am on Wednesday, March 10, about a woman in labor in front of 166 Hospital Road in East Patchogue. Both officers are fairly new to the job, each with less than three years experience on patrol. The incident happened only 20 minutes into their shift.

At the scene, the officers helped Gonzalez’ husband remove their other two children from the car. Officer Congedo delivered a baby girl with the assistance of Officer Rosado. Gonzalez, 27, of East Patchogue, and her daughter were transported to South Shore University Hospital in Bay Shore in good condition.