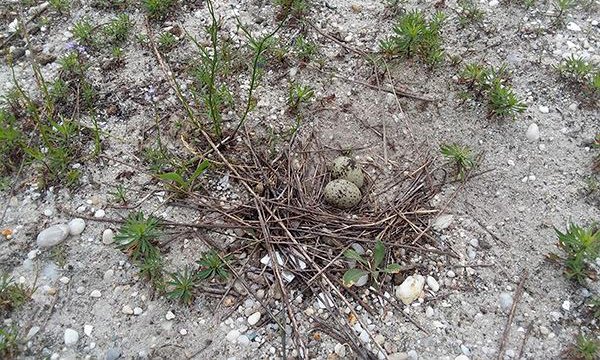 A tern nest on Carter's Island. Photo: Town of Brookhaven.

On one of the little islands in the narrows between Mastic Beach and Fire Island called Carter’s Island, Roseate Terns come to nest but invasive species of plants and gulls are encroaching on prime ground forcing them into less than optimal areas. Recently, the Town of Brookhaven secured a $26,607 North American Wetlands Conservation Act (NAWCA) Grant to help restore the tern nesting habitat.

According to a press release about the project, the federal grant will help fund a partnership with Audubon New York to restore the habitat, remove the invasive species of phragmites and install nesting boxes for Roseate Terns, a federally endangered species. This project will help to prevent gulls from nesting in locations close to where the tern nests are located.

Audubon New York is providing an additional $2,575 toward funding.

“The Town’s commitment to the environment and our wildlife is strong,” said Town Councilman Dan Panico. “Our partnership with a wide array of organizations enables us to work collaboratively to make our resources go further.” 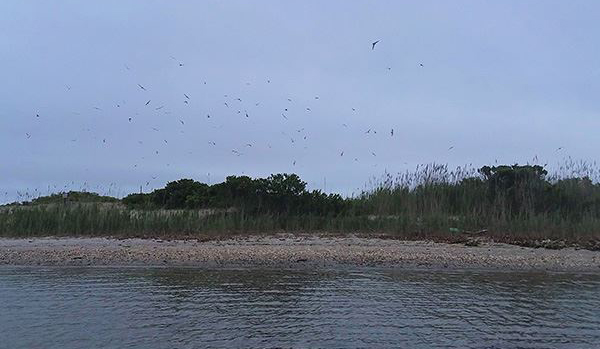 The long-term goal of this project is to create thriving nesting colonies of Roseate, Common and Least Terns. South Shore Estuary Reserve staff will assist during the project while Seatuck Environmental Association has agreed to count tern numbers before and after habitat restoration.

The field work will start in September 2021, after the April to August seabird nesting season.

“Protecting the tern habitat on Carter’s Island is vital to the ecology of the waterways and wetlands along the south shore, “ Town Supervisor Ed Romaine said. “This project is a perfect example of their commitment to the future of the wildlife population in Brookhaven Town.”