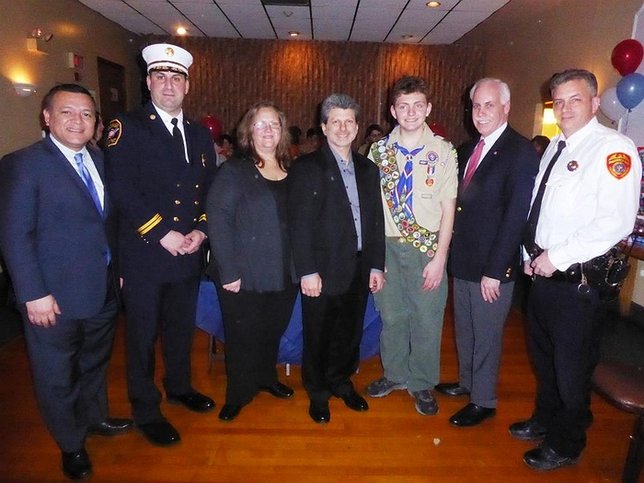 This particular Court of Honor was a very special one, as Salvatore is Troop 2014’s very first Eagle Scout.  As a trailblazing Scout, Salvatore has become a source of inspiration to his peers, as evidenced by the fact that Troop 2014 expects to induct an additional Eagle Scout in the very near future. 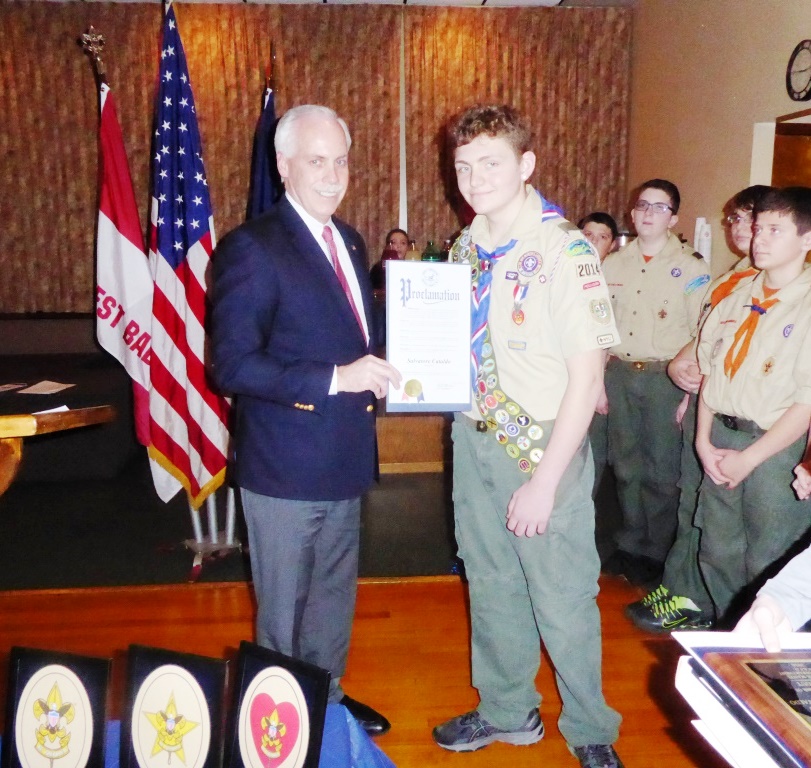 Legislator McCaffrey presents a proclamation to Salvatore as Scouts look on.

Over the course of Salvatore’s Scouting career, he earned no less 65 merit badges covering a very wide variety of subject matter, in addition to earning a slew of awards.  All of these achievements marked an important milestone in Salvatore’s career, and also equipped him with many unique skillsets which would be applied during his service project.

An Eagle Scout’s service project is the crowning achievement of a candidate’s journey to Scouting’s highest rank. The project must be one that benefits the community, in addition to being planned and managed by the candidate.

This process necessarily involves formulating a project idea, determining the required human and material resources, and demonstrating unwavering leadership throughout the process.

For his project, Salvatore decided to improve the living conditions for the residents at Our Lady of Consolation Nursing and Rehabilitation Center in West Islip. Specifically, through the planting of fifteen evergreen trees along the institution’s fence line, residents will now have some much appreciated shade and privacy when enjoying the outdoors.  During the ceremony, it was also explained that the project would at least partially benefit the drainage of water on the premises.

“I never cease to be amazed by the creativity associated with Eagle Scout projects, and Salvatore’s is certainly no exception,” said McCaffrey.  “Projects like Salvatore’s benefit the community in a very special way, but they also serve as a model for community service, for Scouts and non-Scouts alike.  I applaud Salvatore’s efforts and look forward to his future contributions to our community and society at large.”