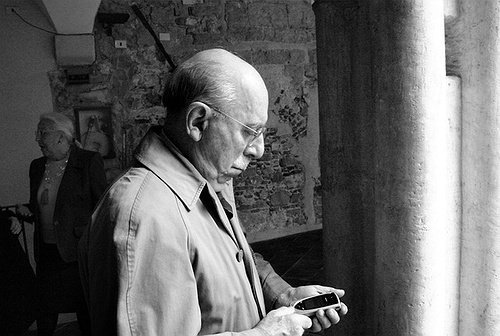 Latest telephone scam has persons identifying themselves as employees of the Internal Revenue Service.

“Consumers should remain vigilant against unsolicited phone calls and should never provide sensitive personal information to individuals they do not know and trust,” said Attorney General Schneiderman.  “Fraudsters never rest—I urge all New Yorkers to be aware of these common phones scams, and to follow our tips in order to protect themselves.”

Recent scams include callers posing as a representative from the Attorney General’s office, the Internal Revenue Service or as officers of the court. A sample IRS scam call be found here.

Phony A.G. Collection Scams
In the most recent version of this scam, consumers receive recorded phone calls from a caller falsely identifying himself as calling from the New York State’s Attorney General’s office.  The calls often come from a 347-809-6947 phone number or a number with a 646 area code.  In the calls and voicemails, the consumer is told that money is owed and the issue must be resolved immediately.

Other consumers have received phony debt collection notices, often as a PDF attachment to an email, on doctored “New York State Attorney General” letterhead from scam artists posing as an attorney from the office. The letters threaten criminal action and arrest if purported debts are not paid.

Phony Internal Revenue Service Collection Scams
In the IRS scam, the caller often claims to be an agent or police officer from the Internal Revenue Service calling about a past due tax balance that is owed. The caller will tell the victim that unless the debt is paid immediately, a team of officers will come to the victim’s home that day to arrest the victim or that a warrant has already been issued for their arrest.

These scammers often use caller ID spoofing so that the victim’s caller ID box says “Internal Revenue Service” or displays the phone number of the Internal Revenue Service.  Sometimes scammers already possess sensitive personal information such as Social Security and driver’s license numbers. In other cases, scammers will  ask victims for personal information such as a Social Security number in order to commit identity theft.

Phony Jury Duty Scams
In the jury duty scam, consumers receive telephone calls from a caller falsely identifying himself as an officer of the court.  In the calls, the scammer will claim that there is a fine for failing to show up for jury duty, and that unless the fine is paid immediately, the police will be sent to the victim’s home to make an arrest.

The scammer will then request an immediate credit card payment as well as identifying personal information.

Attorney General Schneiderman reminds New Yorkers that in addition to being vigilant consumers, they should also report instances of fraud to his office. Consumers are encouraged to file complaints by visiting www.ag.ny.gov or calling 1-800-771-7755.