Suffolk County may consider creating an indoor arena suitable for horse shows and other large events. 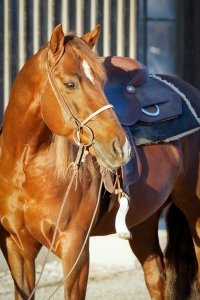 Riverhead, NY - March 9, 2015 - Suffolk County may consider creating an indoor arena suitable for horse shows and other large events. A bill, sponsored by Deputy Presiding Officer Jay Schneiderman (I-Montauk), directs the county to solicit expressions of interest from consultants capable of analyzing the benefits of such a facility.

Currently, the largest indoor facilities are too small for many of the attractions looking to come to Suffolk County. Legislator Schneiderman was approached by members of the equestrian community who often travel long distances in the winter for horse shows. They asked the legislator if the county could explore creating a suitable facility here on Long Island. The facility could also host farm shows, auto shows, sporting events and conventions.
Members of the Long Island Convention and Visitors Bureau also have indicated that such a facility would spur tourism in Suffolk County. Legislator Schneiderman hopes to analyze how much economic stimulus, including jobs and sales tax revenue, such a facility would generate and whether or not a private sector partner might be interested in building such a facility in partnership with the county.
The consultants would also determine a viable size and location for the facility, taking in account ease of access from major roadways, availability of public transportation, as well as addressing community concerns. The county has not constructed a large scale sporting facility since the Suffolk County Sports Park in 2000, which is now known as Bethpage Ballpark and Big Duck Stadium in Central Islip.
“A large convention center could be a major boost to Suffolk County’s economy by creating thousands of local jobs and bringing in hundreds of millions of dollars from outside the region into our local economy,” said Legislator Schneiderman.
Suffolk County Legislator Rob Calarco (D-Patchogue) has co-sponsored the resolution which passed unanimously at the March 3 general meeting of the Suffolk County Legislature.