After closing 155 of its corporate-run locations, the Long Island-based pizza chain has filed for Chapter 11 bankruptcy as it tries to settle $500 million in debt. 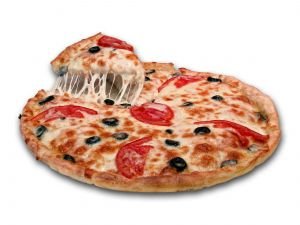 Sbarro LLC, the Melville-headquartered pizza chain originally based out of Brooklyn has filed for bankruptcy for the second time in three years. A common sight in malls and airports across America, the chain closed down 155 of its corporate-owned US locations last month in an effort to return to profitability and has now petitioned a US Bankruptcy Court in Manhattan for Chapter 11 in hopes that it will be able to quickly settle some of its $500 million debt; the company also listed its total assets around the $500 million mark.

Holders of the company’s debt have already expressed support for the filing, and a group of lenders will provide $20 million in financing as Sbarro attempts to reorganize and cut away at $140 million of the money it owes according to Bloomberg News.

“The agreement among the company’s lenders is an indication of the support and confidence they have in the growth strategies developed by the new management team over the past nine months,” said Chairman and CEO David Karam. Karam was previously an executive at Wendy’s before joining Sbarro in March of 2013.

The bankruptcy will not impact the pizza chain’s 600 global franchises, nor were any of the February closures stores run by franchise operators. Long Island saw three of its seven Sbarro locations shut down due to underperformance. Food court locations in Broadway Mall, Green Acres Mall, and Sunrise Mall were all shuttered; the Smithaven Mall location is still open, as are the two Mama Sbarro locations in Hauppauge and Deer Park, and the Sbarro-owned Umberto’s of Huntington. 220 company-run locations remain open in the US.

Sbarro previously filed for bankruptcy in April 2011 and began to report losses in 2008 due to the rising cost of ingredients such as flour, pasta, and cheese. During that first bankruptcy the chain was able to eliminate 70% of its debt and emerge from Chapter 11 by November of the same year. Despite the company’s troubles in the United States, it opened 81 new locations around the world last year.