Grumman to Move 850 Jobs Off of Long Island 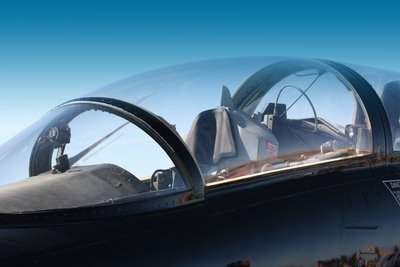 The workforce at Northrop Grumman Corp. has been steadily dwindling since the 1980’s when it employed more than 30,000 and as many as 80,000 during the Reagan administration.

The company is going to be moving 850 jobs off Long Island by next year, leaving a staff of only 550 workers to man the Bethpage facilities.

The military industry manufacturer has long been a linchpin of the Long Island economy and the steady loss of jobs has taken it’s toll on the area over the past few decades. Grumman will be sending the aerospace industry jobs from Bethpage to locations in Florida and California in an effort to consolidate and save on costs.

Originally founded in 1929 by LeRoy Grumman as a private company, Grumman was one of the leading aerospace and defense companies and was Long Island’s largest private employer, producing many generations of aircraft for the Navy, including the Lunar Module that put astronauts on the moon during NASA’s Apollo program.

Edward Mangano, Nassau County Executive, said, "Since Grumman eliminated 20,000 jobs in Bethpage in the 1990s, I've worked to return over 15,000 jobs to the former defense property, including those in homeland security, motion picture, communications and high tech industries. While I am disappointed in their plans to reduce their Long Island workforce, I remain optimistic that Northrop's plans to create an Electronic Attack Center of Excellence in Bethpage will complement our growth in homeland security. Nassau's economy was clearly strengthened by the dozens of companies that now call Bethpage home rather than relying on a single employer."

The company hopes to focus efforts here on electronic technologies such as cybersecurity and radar jamming and plans for an Electronic Attack Center of Excellence are underway for the Bethpage location.

A spokesperson for New York Senator Kirsten Gillibrand said, "I am very frustrated that the company has made a decision to move jobs out of New York. I believe that Long Island has the workforce, academic and research assets, and local support that would have allowed Northrop Grumman to grow centers of excellence right here in Bethpage."

Senator Charles Schumer also blasted Grumman for their decision about moving these jobs off of Long Island. "Northrop Grumman pledged to protect these jobs, and they have broken their word to their workers and turned their back on the people of Long Island," Schumer is reported to have said.

The company has shrunk by 17 percent in the past three years to only 70,000 employees worldwide. Chairman, chief executive and president of Falls Church, Va.-based Northrop Grumman, Wes Bush, said in a statement, "Given the current budget environment, it is imperative that we act to enhance future performance, innovation and affordability for our customers." The company has also said it would close the facilities in Norwalk, Connecticut and Dominguez Hills, California.

Share your thoughts and comments about this article below or on our Long Island Discussion Forum.